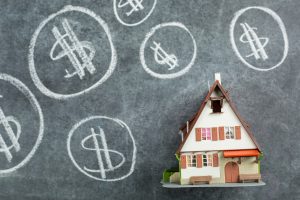 The House Committee on Financial Services Tuesday decided to advance legislation out of the Biden-Harris Administration's Build Back Better Agenda.

Thirty of 54  Financial Services Committee members voted to pass the committee's portion of the bill, legislation that would provide $322 billion in funding for new and existing federal housing programs.

According to Committee Chair Congresswoman Maxine Waters, who introduced the bill for a full-committee markup, the proposal contains provisions critical to solving the nation’s most urgent housing problems, including the national eviction and homelessness crises, particularly among the lowest-income families, people with disabilities, millennials, and people of color, Waters says.

"The act will create or rehabilitate millions of affordable housing units, it will bring sustainable homeownership within reach for millions of first-generation and first-time homebuyers, it will eliminate the debt of the nation’s flood insurance program, and it will provide important investments in communities that have been left behind for too long," Waters said prior to markup.

Specific items in the legislations include, among other things, $90 billion for new rental assistance targeted to the lowest income renters; $80 billion to address the nation’s public housing capital backlog; $80 billion in housing supply investments, including $37 billion for the National Housing Trust Fund, $35 billion for the HOME program, and $10 billion for the Capital Magnet Fund; $4.5 billion for a new HUD-administered Unlocking Possibilities zoning and land use reform program to promote affordable housing and coordination with transportation investments; $2.5 billion for Section 202 Housing for the Elderly;

"Overall, we anticipate that this package will preserve, create, or retrofit over three million affordable housing units," Waters said.

The White House acknowledged that "persistent imbalances in the U.S. housing market have formed over many decades and it will take concerted effort and iterative policymaking to correct them."

A comprehensive list of actions by the White House and agencies is available at whitehouse.gov.