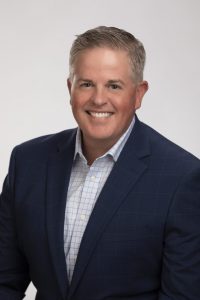 WFG National Title Insurance Company (WFG) has announced that Jason Vasek has joined WFG as VP of strategic growth, where he will oversee the company’s growth into the market in southern Texas and beyond.

“We are thrilled to have Jason onboard to support our expansion within the Southern Texas market and beyond,” said WFG President and CEO Steve Ozonian. “We’re fortunate to have someone with his breadth of experience across a range of areas that have been identified as key to WFG’s second decade of growth.”

Vasek said he was attracted to WFG by its unique corporate culture and the dedicated support of its employees and looks to use his training in the John Maxwell Company leadership program to be a part of the cultural development at WPG.

“We talk a lot about management in our industry, but we sometimes fail to discuss leadership, which are two separate components,” Vasek said. “After getting certified through the John Maxwell leadership program, I started focusing on the leadership component with the constituents and then fell in love with the personal development side of it. I feel we all have that common denominator of trying to figure out how to get out of our own way when it comes to our own personal development.”

Vasek comes to WFG from Old Republic Title, where he served as National Director of Training. He also worked at First American Title Company where he began as a Receptionist and grew to the role of Divisional President.

“I realized about four or five years ago that I wanted to give back in some way, form or fashion to an industry that really helped me as well,” Vasek said. “Plus, I love the WFG culture and know it will be fun traveling and trying to add value in other states.”