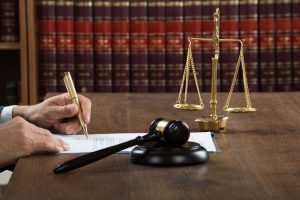 Early this month the CDC ordered a halt on foreclosures and evictions through the end of 2020. At the time, some pundits predicted resistance, which is occurring in the form of lawsuits, reported the Davis Brown Law Firm on its blog.

According to the site, the legality of the CDC's order has been in question since the September 4 announcement, and by September 8, a Virginia landlord had filed suit against the CDC.

"The suit was filed in U.S. District Court for the Northern District of Georgia where the CDC is headquartered. The landlord claims 'CDC’s actions are not authorized by statute or regulation … and are an affront to core constitutional limits on federal power.'"

Forbes reported that the New Civil Liberties Alliance (NCLA) has since challenged the legality of the federal agency’s order. The National Apartment Association (NAA) has just joined that suit.

The organizations have argued that the CDC "encroached on private property rights" and that "federal agencies do not have powers to waive state laws," according to Forbes.

Members of the rental housing industry told the news outlet that the moratorium "undermines obligations to provide safe and affordable housing." They added that many providers of rental homes are unable to pay taxes, mortgages, insurance, and utilities due to residents' non-payment of rent.

The Davis Brown Law Firm noted that court decisions could roll in as early as a few weeks or as long as a few months. "Unless and until the court grants this request for a temporary injunction order, the CDC order remains in effect," the lawyers wrote.

"Landlords should continue following the order as it stands, as discussed in our prior blog," they added.