Home / Daily Dose / Are Seller’s Still Calling the Shots in the Housing Market?

Are Seller’s Still Calling the Shots in the Housing Market? 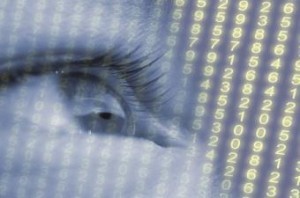 Despite strong sales and shrinking inventory, the recent Redfin Housing Market Tracker from Nela Richardson, Chief Economist for Redfin, states that home prices rose at the slowest pace of the year, up just 4.4 percent from last year.

The report states that the average home sold for 93.8 percent of its list price. This was down from 94.4 percent last year which Richardson states signals that buyers’ bargaining position increased in August.

Home sales increased 14.2 percent in August from a year ago, according to the report and this was noted to be a sizeable rebound from July’s decline. Richardson states that this is widespread, with 48 of 91 metro areas reporting double-digit increases in sales.

The boost is cited to be due in part to a calendar aberration in July that pushed out some closings into August. Additionally, the report notes that in August 2015 sales fell 18 percent from the previous month and grew by just 2.6 percent year over year making it the low point in an otherwise strong year for housing.

Home inventory was reported to continue its decline for the 11th month in a row showing an 8 percent year-over-year drop. This is the widest margin of 2016. Richardson states that after taking a step back from the market in July, sellers were active in August and new listings were up 2.4 percent. The report shows that this was the biggest increase in five months.

In addition, the number of homes sold in the first eight months of the year was 6 percent higher than the same period last year. The report states that this affirms 2016 is the best year in housing since the downturn. Richardson states that there would have been even more sales if inventory had been able to keep pace with ferocious buyer demand.

“To be clear, it’s still firmly a sellers’ market, but the seller can no longer dictate any price they want, they have to price the home right,” Richardson told DS News. “With inventory where it is, it’s going to be a sellers’ market for a long time, but buyers are getting some relief. Price growth slowed to its lowest pace of the year. There is still a big pool of buyers, but the difference now is that buyers are much more patient. The sense of urgency is not there and this latest action by the Fed that just reaffirms to buyers that there is time to wait for the right home. If you look at average sale to list ratio – it fell from a five-year high 95.5 percent in June to 93.8 percent in August. In expensive markets like San Francisco, days on market is double what it was last year at this time.”

The report also notes that there is still enough steam from that demand for a healthy pace of sales to continue in September. Pending home sales were reported to be up 17.3 percent year over year as well as 6.4 percent month over month in August. Richardson states that the upshot is that the market is hitting a sweet spot in the third quarter in which there is both high buyer demand for homeowners looking to sell and cooling prices for buyers ready to purchase.