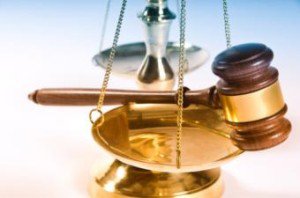 In August 2017, the industry saw the first controlling decision published by the Ninth Circuit Court of Appeals concerning the application of the Housing and Economic Recovery Act of 2008 (HERA) in the context of a Nevada homeowners’ association non-judicial foreclosure sale [Berezovsky v. Moniz, 869 F.3d 923 (9th Cir. 2017)]. Under HERA’s asset protection clause, 12 U.S.C. §4617(j)(3), affectionately referred to as the “Federal Foreclosure Bar,” no property of the Federal Housing Finance Agency (FHFA) shall be subject to foreclosure without the consent of FHFA. The Ninth Circuit held that the Federal Foreclosure Bar is not limited to tax liens and does not require FHFA to actively resist a foreclosure to ensure it does not impliedly consent.

Addressing also whether the Federal Foreclosure Bar preempts the State Foreclosure Statute (NRS 116.3116 et seq.), the Ninth Circuit held that HERA implicitly demonstrates a clear intent to preempt Nevada’s super-priority lien law. Lastly, the Ninth Circuit analyzed Freddie Mac’s ownership interest under Nevada law, concluding that Nevada recognizes that a note owner—such as Freddie Mac or Fannie Mae—remains a secured creditor with a property interest even if the recorded deed of trust names only the owner’s nominee or servicer. Most importantly, the Ninth Circuit found that Freddie Mac’s database printouts and excerpts of its Single-Family Seller/Servicing Guide, along with a declaration from Freddie Mac’s employee explaining that the records show when Freddie Mac owned the loan, were sufficient to prove Freddie Mac’s interest. As a result of the Ninth Circuit’s reliance on limited evidence to prove the GSE’s ownership interest, we have had success in similarly limiting and streamlining discovery in HERA-based actions in Federal Court.

But the story does not stop there. Out of Berezovsky came several creative, although misguided, attacks to the Federal Foreclosure Bar, notably including the “securitization” and “due process” arguments. Under the Securitization argument, numerous homeowners association (HOA) buyers argued that FHFA did not “succeed to” mortgages “held in trust” because Congress omitted the phrase “shall succeed to” from the general exceptions set forth in subsection §4617(b)(19)(B), titled “Mortgages held in trust.” Under the Due Process argument, HOA buyers argued that FHFA deprived the buyer of its constitutionally protected interest in real property it purchased at an HOA foreclosure sale by affirmatively determining not to consent to the HOA foreclosure sale; an ironic position in light of buyers’ earlier argument that an “opt-in” notice requirement satisfied lenders’ right to due process.

Almost a year later, in its second controlling decision published in June 2018, the Ninth Circuit has now disapproved both attacks on the Federal Foreclosure Bar, expressing that both the Securitization and Due Process arguments lack any merit [Federal Home Loan Mortgage Corporation v. SFR Investments Pool 1, LLC, 893 F.3d 1136 (9th Cir. 2018)].

In rejecting the Securitization argument, the Ninth Circuit concluded that the HOA buyers’ interpretation of the text of HERA would be an absurd reading of HERA, focusing on the intent behind enacting HERA in 2008 and the goal of protecting the GSEs’ property as their mortgage portfolios constituted nearly half of the United States mortgage market. The Ninth Circuit also noted the importance of providing additional safeguards to loans backing mortgage-backed securities “to combat further systemic breakdown in the American housing market.” In rejecting the Due Process argument, the Ninth Circuit concluded that the State Foreclosure Statute does not function to provide HOA buyers with a constitutionally protected interest in purchasing free and clear title to real property. Even if there was a theoretical deprivation of due process under the Federal Foreclosure Bar, it would actually implicate the seller—the foreclosing HOA—not the buyer.

The Nevada Supreme Court, on the other hand, appears to be shy in publishing any opinions on the Federal Foreclosure Bar, presumably while it waited to see where the Ninth Circuit falls on the same issues. However, in a recent stream of unpublished opinions, the Nevada Supreme Court appears to be peeking out favorably upon Berezovsky and its progeny.

In June 2018, the Nevada Supreme Court held that a loan owner—Fannie Mae—can maintain a secured property interest while its loan servicer—Bank of America and, subsequently, Nationstar—appears as the recorded beneficiary of the deed of trust [Nationstar Mortgage, LLC v. Guberland LLC - Series 3, 420 P.3d 556, 2018 WL 3025919 (2018) (unpub.)]. The Nevada Supreme Court cited, with approval, to its decision in Christine View, as well as the Ninth Circuit’s Berezovsky opinion.

Most recently, on July 10, 2018, the Nevada Supreme Court rejected the Securitization and Due Process challenges to the Federal Foreclosure Bar, concluding: first, that Due Process argument failed because the action complained of is Congress’s enactment of the Federal Foreclosure Bar but the HOA buyer did not have a property interest at that time, and the legislative process provided all the process that was due; and, second, assuming the loan was securitized at the time of the HOA foreclosure sale, it remained the property of Fannie Mae while under FHFA’s conservatorship because Fannie Mae is the trustee, and therefore the legal owner, of the pool of loans it securitizes [A&I LLC Series 3 v. Federal National Mortgage Association et al.,—P.3d—, 2018 WL 3387787 (2018) (Unpub.)]. Tellingly, the Nevada Supreme Court again looked to the Federal Courts for guidance citing to both District Court and Ninth Circuit decisions.

Although it appears that these particular attacks are dead, the HOA buyers will not go quietly. Instead, we expect they will attempt to raise new attacks or, at least, whittle down the protections afforded by these cases.  Nevertheless, the mortgage industry can enjoy a much-needed win for now.

Previous: Update on Mortgage Delinquency and Foreclosure Stats
Next: The Growing Popularity of Non-Qualified Mortgage Securitizations

Christina V. Miller is an associate with Wright, Finlay & Zak, LLP’s Nevada office. Miller graduated from the American University in Washington, D.C. with a Bachelor of Arts in Psychology in 2005. She earned her Juris Doctorate, with a concentration in Business Law, from the University of the Pacific, McGeorge School of Law in 2011. Since joining Wright, Finlay & Zak in 2015, Miller’s practice has focused primarily on real estate litigation, including lender and servicer liability defense, wrongful foreclosure defense, fair debt collection practices defense, and title disputes. Miller regularly practices in state and federal courts throughout Nevada and is also admitted to the United States Court of Appeals for the Ninth Circuit.