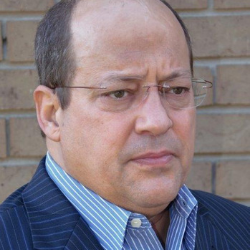 The July 4th weekend in Ridgecrest, California, was met with a series of quakes that rattled rural western California, along with sections of Nevada and Arizona.

Ridgecrest—located approximately 122 miles northeast of Los Angeles—felt three quakes of magnitude 6.4, 5.4, and 7.1. The first quake occurred at 10:33 a.m. PDT and was followed by 1,400 aftershocks.

Two quakes followed early in the morning of July 5, measuring 5.4 and 7.1. The final quake is the most powerful earthquake to hit California in the past 20 years.

While these quakes posed no immediate danger to many residents, Steven Steckler, President of Sentry Claims Group, said the July 4 tremors brought attention to the issues surrounding earthquake insurance and how technology is used to track them.

According to information provided by Steckler, the San Andreas fault in California experienced 307 earthquakes during a 24-hour period in August, and there is a 31% chance a 7.5-magnitude earthquake strikes Los Angeles.

“We were lucky this time … You felt some shaking in some of the outer suburbs of Los Angeles. But it was nothing like it would be if it was a direct hit. That would be catastrophic,” Steckler said.

The last major earthquake in the Golden State was 1994’s Northridge earthquake, impacting Los Angeles and the surrounding areas. The 6.7-magnitude quake caused $25 billion in damages, killed 72, and injured 9,000. Steckler said in today’s money, damages associated to the Northridge quake could have been upwards of $300 billion.

Steckler, however, noted that despite the constant dangers in California from earthquakes, fewer people are taking the necessary steps to protect their home. He noted, that the state sponsored the Earthquake Brace and Bolt Program, operated by the California Earthquake Authority. The program would give grant money to earthquake-proof homes built before 1980.

The grant money would be used to shore up properties, and the grants ranged from $3,000 to $7,000 depending on the size and location of your home. However, Steckler added that the program’s explanatory YouTube video had only 5,600 page views.

He added that out of all the residents in California, fewer than 10% have any type of earthquake coverage.

Steckler said it is his belief that many people have been priced out of earthquake insurance, with deductibles ranging from 5% to 20%. He added that 90% of the claims are below the deductible, and if you filed a claim on a $300,000 home, the deductible could be as high as $60,000 before any coverage kicks in.

“Most of the homeowners cannot meet those deductibles or make the necessary repairs,” Steckler said. “The banks have trouble lending money unless a person either has a strong financial statement or a lot of home equity. So what happens is that you have all of these properties that cannot be repaired and this causes a domino effect. The homes are inhabitable; they have mortgages and people just abandoned them.”

Steckler said most wealthy homeowners can self-insure and afford those costs, but middle-tier homeowners have a hard time coming up with the funds needed to repair their home due to the large deductibles. He added that some plans for earthquake coverage that once cost $400 per year have new projections of up to $2,000 annually

“I don't understand it. What could be done?” Steckler said in regard to the lack of people without earthquake coverage. “Public awareness, public broadcasting, maybe subliminal ads on television. Something must be done to increase the amount of homeowners with insurance.”

Another issue, Steckler added, is the continued population growth in California. He said while many people want to live along the coast these areas are located directly over major faults. He is not sure people are prepared for the consequences of earthquakes.

“It's hard to say what the mindset is of the masses, but in my opinion more people are reactive than proactive,” he said. “For whatever reason, our mentality is ‘it won't happen to me’. It’s going to take a concerted effort with local, federal and state agencies along with the insurance industry to get people to really understand the magnitude of this.”

The 116th Congress passed earlier in 2019 the Pacific Northwest Earthquake Preparedness Act. The bill requires FEMA to develop a plan for the purchase and installation of an earthquake early warning system for the Cascadia Subduction zone, which Steckler said is a 700-mile area from the coast of California and running north to Oregon and Washington.

Steckler said technology, especially using satellite imagery, can help insurance companies focus in on their policies enforced (DIF). He added that drones have been very helpful in getting a closer look at damaged and impacted areas. With this technology, including the aid of drones, we are getting faster at viewing areas that have been impacted from structural damage.

However, Steckler said “there is nothing that will replace the human element at this time.”

While noting how lucky California is that 99% of the area impacted by the Ridgecrest quake hit rural areas, he knows the state dodged a bullet—this time.

“The true cost of an earthquake of this magnitude would be tens of billions of dollars, not including the human toll. Picture this: All infrastructure--roads, overpasses, pipelines—all of these factors would hinder support teams being able to respond.” Steckler said if the same quake had struck Los Angeles. “Another thing to consider is the sheer volume of claims that would be needed—this would require teams such as medical professionals, emergency support vehicles, engineers, contractors, insurance adjusters. The list goes on and on—it would put a tremendous drain on the system as a whole.”