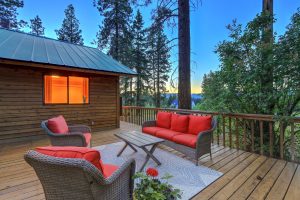 Demand for vacation homes in August fell 19.3% year-over-year, marking the third-consecutive month of declines while demand for primary homes fell by 1%, its second-month of decline.

According to Redfin Data Journalist Lily Katz, just because the numbers are down year-over-year it is important to note that demand for second homes skyrocketed by 172% during the pandemic and peaked in April. But as the market begins its seasonal cooling, demand for primary and secondary homes has begun to ease.

Redfin Lead Economist Taylor Marr said that while interest in second homes is lower than it was a year ago, it remains above pre-pandemic levels and will likely stay that way due to a permeant shift in remote work. According to a recent report from the National Association of Realtors, sales of vacation homes made up 6.7% of all existing-home sales in the first four months of the year, up 5% year-over-year.

The report also found that existing-home sales typically rose by 24.2% in vacation home counties—more than doubling the 11.2% pace in non-vacation counties.

"The pandemic isn't over, but the desire to escape isn't as intense as it was before. People are increasingly returning to life as normal, with kids going back to school and cities coming to life again," Marr said. "The housing market as a whole is still booming, just not as strongly as it was in the second half of 2020. Homebuyer competition, migration and home-sales growth have all slowed."

The analysis used mortgage-rate lock data from Optimal Blue, a real estate analytics company, to track the demand for primary and secondary homes. This data for this analysis was available because homebuyers must specify on a mortgage application whether it is for a primary home, a second home, or an investment property. 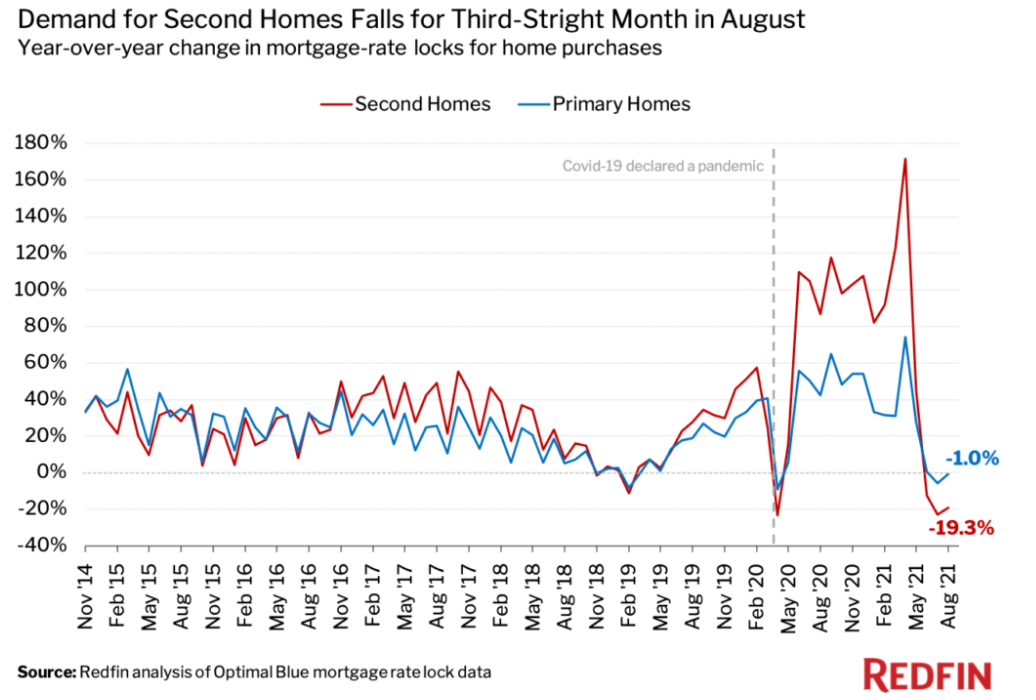