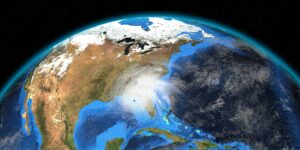 As of press time, CNN has reported that Hurricane Ian has now intensified to a Category 1 hurricane as it heads toward South Carolina, according to the National Weather Service. The storm made landfall along the southwestern coast of Florida as a powerful Category 4 hurricane Wednesday, and was later downgraded to a tropical storm.

The extremely dangerous conditions that Ian is causing—including catastrophic floods and life-threatening storm surge—will continue as the storm moves across Florida and north toward Georgia and South Carolina, according to the National Weather Service.

CoreLogic released a data analysis Wednesday showing 1,044,412 single-family and multifamily homes along the Florida gulf coast with a reconstruction cost value (RCV) of approximately $258.3 billion are at potential risk of storm surge damage from Hurricane Ian. These figures were assumed as Hurricane Ian made landfall as a Category 4 hurricane today; however, was recently downgraded to a tropical storm despite historic rainfall and flash flood warnings throughout most Florida counties. 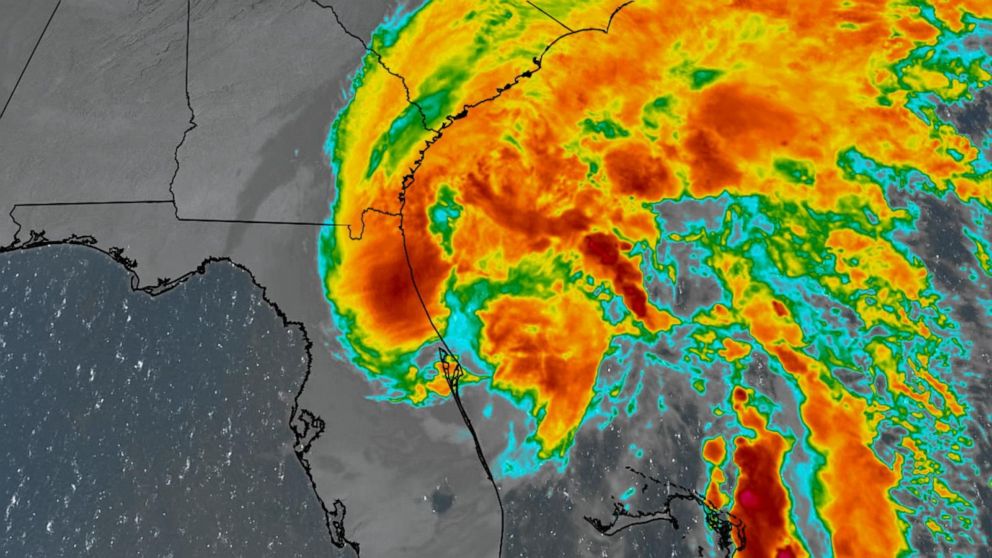 “Hurricane Ian has all the ingredients you need for a bad storm surge event,” said Dr. Tom Jeffery, Senior Hazard Scientist at CoreLogic. “Due to Hurricane Ian’s slower speed and rapid intensification in the eastern Gulf of Mexico, the threat of a widening wind field bringing damaging storm surge increases each day. Many homes along Florida’s western coast are at risk of storm surge inundation regardless of where the storm makes landfall, and even more homeowners will contend with heavy rainfall and hurricane-force winds throughout mid-week.” 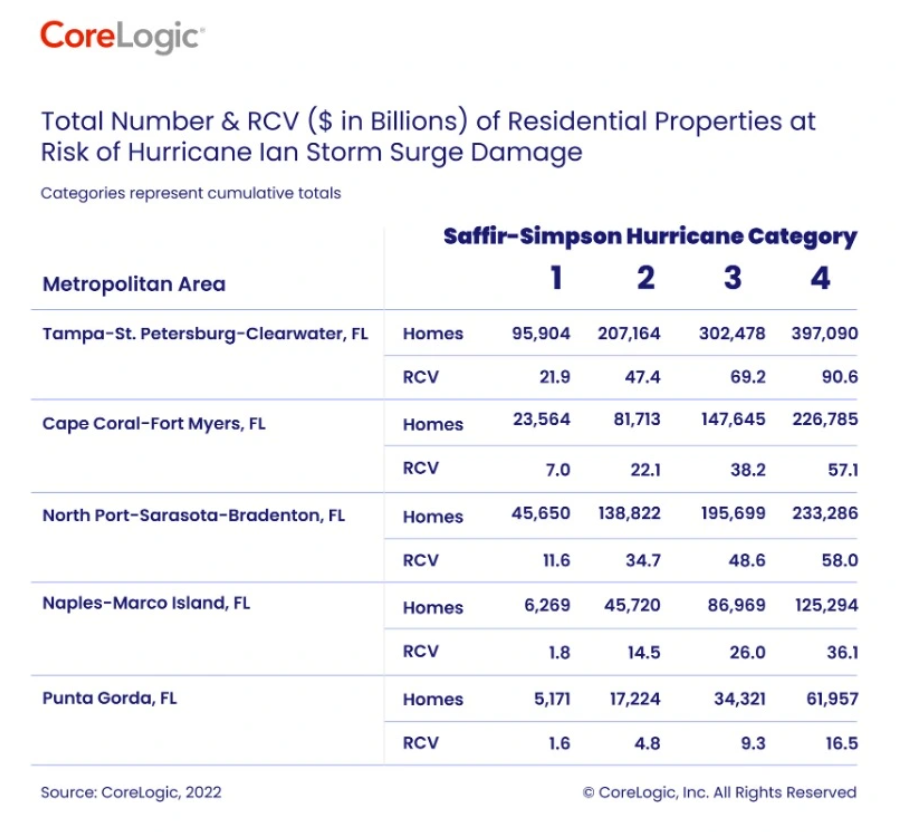 The chart above offers a breakdown of the residential single family and multi-family homes at risk of storm surge damage. This data indicates the total number of homes with exposure to storm surge damage given the current path of the storm. RCV figures represent the cost to completely rebuild homes in these areas, which CoreLogic estimates using detailed property characteristic data of each unique home combined with current localized costs of labor and building materials. The RCV figures assume 100% destruction of all at-risk homes and are not a representation of expected damages. As Hurricane Ian approaches Florida, its path will become more certain and the metropolitan areas at risk will narrow. 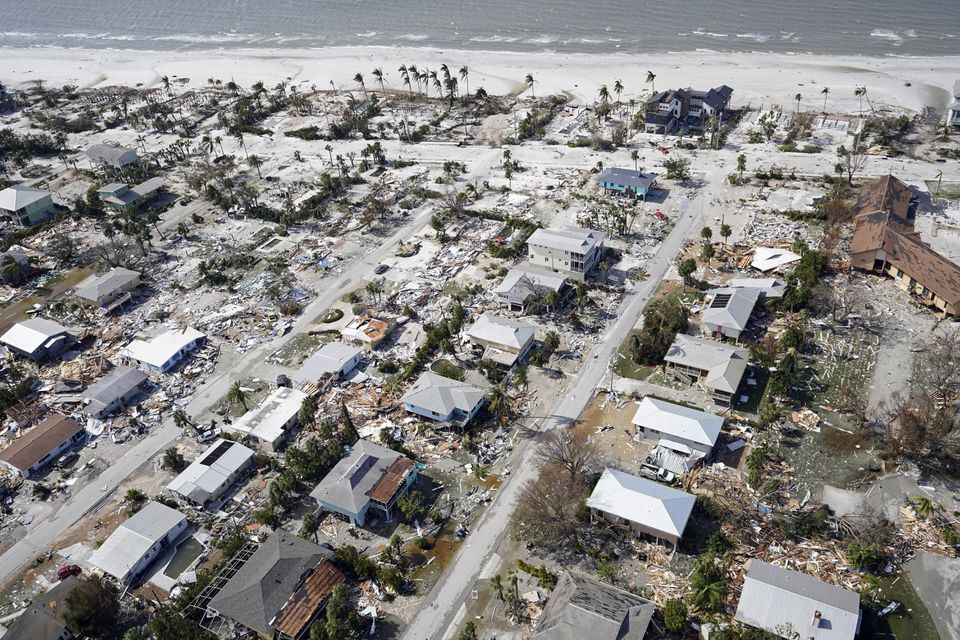 Hurricane-driven storm surge can cause significant property damage when high winds and low pressure cause water to amass inside the storm, releasing a powerful rush over land when the hurricane moves onshore. For a complete view of total storm surge risk for all Atlantic and Gulf Coast states metropolitan areas, download the 2022 CoreLogic Hurricane Report.