President Donald Trump recently signed a a continuing resolution that will avoid a federal government shutdown by funding the government at current levels until November 21. Included in the resolution is an extension of the National Flood Insurance Program (NFIP) through November 21.

September 30 was the deadline for Congress to reauthorize the NFIP. Lawmakers have been taking some steps to update the NFIP. For example, Senator Cindy Hyde-Smith of Mississippi is proposing an update to the Program, which aims to address the multiple extensions the NFIP has undergone with a long-term extension plan.

In her letter to Senate Banking Committee Chairman Michael Crapo and Ranking Member Sherrod Brown, Hyde-Smith puts forth several options to address affordability issues among low and middle-income policy holders and debt issues within the NFIP.

“We’re trying to flip the script on mitigation projects, from being reactionary to being proactive.  This is the first bill that provides a significant amount of real money for pre-disaster mitigation, which would give taxpayers a better return on investment.  It is far more expensive to rebuild after a disaster than it is to do everything you can to protect yourself beforehand,” Hyde-Smith said in a statement.

Additionally, the bill would increase NFIP participation among homeowners and small businesses by capping the premium rate increases to 9%.  Under the current system, rates can rise up to 25% annually in perpetuity.

“Runaway premium hikes under the current system undermine and weaken the flood insurance program, which increases the burden on taxpayers to pay for federal disaster assistance to cover uninsured losses,” Hyde-Smith said.  “There’s no point in having flood insurance if nobody can afford it. This bill would help meet the equally important goals of solvency and affordability.” 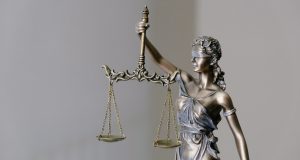