An Outlook on Single-Family Rental Investments 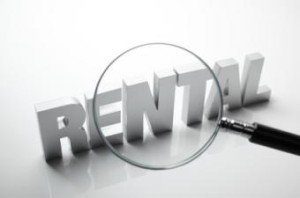 The outlook for the single-family rentals (SFR) sector remains positive, even though deal volume is expected to remain slow according to a recent SFR Comprehensive Surveillance Report by Kroll Bond Rating Agency (KBRA).

The agency recently completed a comprehensive surveillance review of its rated universe of 22 outstanding single-borrower SFR securitizations and upgraded the ratings for five of the securities issued in connection with Colony Starwood Homes that merged with Invitation Homes in 2017.

The report, which gives a detailed overview of the sector as well as the SFR securitizations rated by KBRA, indicated that while the SFR rental rates have steadily increased since its issuance of the first single borrower SFR securitization in 2013, vacancy rates of the 22 outstanding securitizations under KBRA have averaged 4.4 percent, a decrease from 5.1 percent last year.

"The future demand for single-family rental housing will continue to be driven by the affordability of rents relative to homeownership costs as well as the availability of mortgage financing," KBRA said in its report. Additionally, the low unemployment rate in the current economic cycle has had a favorable impact on the SFR market.

However, the report warned that the sector has yet to weather an economic downturn that could result in a prolonged period of declines in rental rates or home prices. "Should this occur during the life of the transactions, term default risk of the underlying loans may increase. Given the untested nature of the sector, maturity risk is a concern," the report stated.

KBRA estimates 2019 SFR issuance to be similar to 2018, between four to six securitizations, which is expected to be driven by both new issue and refinance transactions.

To date, KBRA said that it had issued 39 KBRA-rated single-borrower SFR securitizations with an original principal balance totaling
$23.5 billion. Of these, 22 transactions with a current principal balance of$12.8 billion remained outstanding, while 17 deals had paid-off in full. The report indicated that various sources of capital were used for the repayment of the loans related to the 17 deals. The report said that an average of nearly 3,900 homes had been securitized in the 22 outstanding single-borrower SFR transactions.

"Of the more than 187,000 homes held by institutional sponsors, over 40 percent remain unsecuritized. However, deal volume is expected to remain slow. As a result of institutional owners generally focusing on investment opportunities in similar regions, combined with home price appreciation, buying options have become less attractive and have led to a slower accumulation of homes when compared to the pace of acquisitions in recent years. Additionally, issuers have shown interest in alternative sources of financing other than securitization," KBRA said in its outlook.