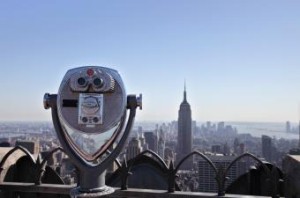 Since 2018 began, first-time foreclosures in New York City have consistently declined, and the third quarter has only seen this trend extend, according to a report by PropertyShark. Foreclosures in the city’s five boroughs are down overall 17 percent year-over-year, or 19 percent if one calculates from one quarter to the next. This is a noticeable drop, with 716 unique cases reported this quarter—the first-time foreclosures in the city have fallen below 800 for the first time since the first quarter of 2017. Citywide, pre-foreclosures dropped 36 percent year-over-year, or 15 percent if one calculates quarter-over-quarter.

The report reveals that certain parts of the city witnessed the number of foreclosures drop significantly more than others, and a couple of major neighborhoods even saw their foreclosure rates stagnate. Of all the New York boroughs, Queens was the only one that saw an increase in foreclosures year-over-year. But this increase is slight—at just 5 percent— and can be interpreted as leveling off since, quarter-over-quarter, the neighborhood still saw a 15 percent contraction, the report said. Brooklyn meanwhile saw its number of first-time foreclosures barely budge, dropping just 1 percent year-over-year but still falling a full 10 percent since Q2.

Previous: The State of the Economy and Housing
Next: Is the Housing Market Prepared for the Next Crisis?