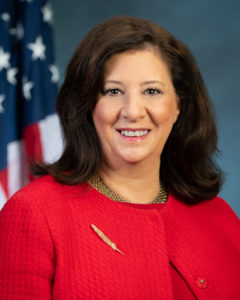 Raffi Williams, a spokesman for the Department of Housing and Urban Development (HUD), announced Friday afternoon that HUD Assistant Secretary Suzanne Tufts had offered resignation and it had been accepted. Tufts had been announced as a candidate for the role of acting director for the Interior Department earlier in the week. The official position of Director for the Interior Department has not been filled in 10 years. The office is currently being led by Deputy Inspector General Mary Kendall.

According to NBC News, news of Tufts' resignation from HUD comes at the end of a contentious week in regard to these rumors. The next inspector general at the Interior Department would become the lead investigator into allegations against the Interior Department's Secretary Ryan Zinke, who has been accused of using taxpayer money to fund trips taken with his wife. Critics have argued that Tufts lacks qualifications for her rumored role, having no experience investigating allegations of unethical behavior.

The Trump administration denied earlier Friday that she was chosen to fill this role by anyone at the White House. "The claim we handpicked her is completely inaccurate," said Hogan Gidley, the White House Deputy Press Secretary. An email sent by HUD Secretary Ben Carson on October 12 contained a statement to the effect that Tufts was leaving HUD to become acting director at the Interior Department. This information was confirmed on Thursday by the Interior Department, which stated that Tufts "was referred to the Department by the White House as a potential candidate in the inspector general's office." To add to the confusion, however, the Interior Department later reversed itself on this position, saying that Carson's email contained "false information" and that "anonymous claims from 'White House officials' that the Department blindsided them are absolutely false."

A HUD source confirmed this, stating that Carson's email was the result of miscommunication among his staff.

Editor's Note: FHFA has been contacted for further comment but has not yet responded at this time.

Previous: Existing-Home Sales Struggle Despite a Strong Economy
Next: How Technology is Bringing Buyers and Sellers Closer