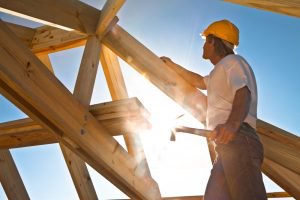 The U.S. Census Bureau released its construction statistics for October—which shows permits, starts, and completions—recorded a 4.9% increase in housing starts in October compared to September.

Fannie Mae's Chief Economist Doug Duncan points out that the increase was driven by single-family housing starts, which rose 6.4%, the sixth consecutive monthly increase. At 1.18 million annualized units, this was the fastest construction pace since April 2007.

"While the comparative strength of single-family starts was expected," Duncan said, "the gain was somewhat larger than anticipated and will likely result in a modest upgrade to our near-term housing starts forecast."

"While they are well-positioned to meet the needs of buyers in these neighborhoods," he said, "the volume of new construction still lags the number of buyers. This has led to steeply rising new home prices that are beginning to overshadow the benefit of low interest rates. Real estate markets need a massive new inventory boost to restore balance and make homes more affordable."

First American Deputy Chief Economist Odeta Kushi weighed in on the report, echoing the idea that while new construction is happening the struggle to keep up remains.

"Despite record-low inventory of existing homes for sale, construction activity has lagged. The construction industry faces several supply-side headwinds: increasing material costs (specifically rising lumber costs), a chronic lack of construction workers, a dearth of buildable lots, and restrictive regulatory requirements in many markets," Kushi said. “There are signs that this situation may improve in the months to come. In October, single-family housing starts increased to a post-Great Recession high, increasing 29% from October 2019 as builders overcame ... and broke ground on more homes. Single-family housing permits, a leading indicator of future starts, also increased by nearly 21% relative to one year ago.”

Duncan says prior data indicate a closing of the gap may have started in September when new sales pulled back a bit but construction accelerated.

"We expect a strong construction pace relative to sales to continue for the time being. However, the brisk acceleration in starts experienced over the past few months may soon pause. Both single-family housing permits and the number of homes authorized-but-not-yet-started were essentially flat over the month, which we believe suggests that the rapid phase of recovery may soon be ending and that further gains will likely be more modest going forward.”

Kushi added that the rise in single-family permits in conjunction with the rise in construction employment in October "signals an upward trajectory for housing starts looking ahead. This reinforces reports that builder confidence increased to a record 35-year high in November, even in the face of cost challenges.”

For the brokerage sector, Austin Niemiec, Executive Vice President of Rocket Pro TPO, offers the following insight on the report:

"With home builders maintaining an incredible pace not seen in years, even well into the fall, brokers should view this as a clear sign they will continue assisting purchase clients throughout the rest of the year. With all products witnessing red hot demand, it is critical brokers have a strong focus on reinvesting in their business to ensure great success in the future regardless of what the market brings.”