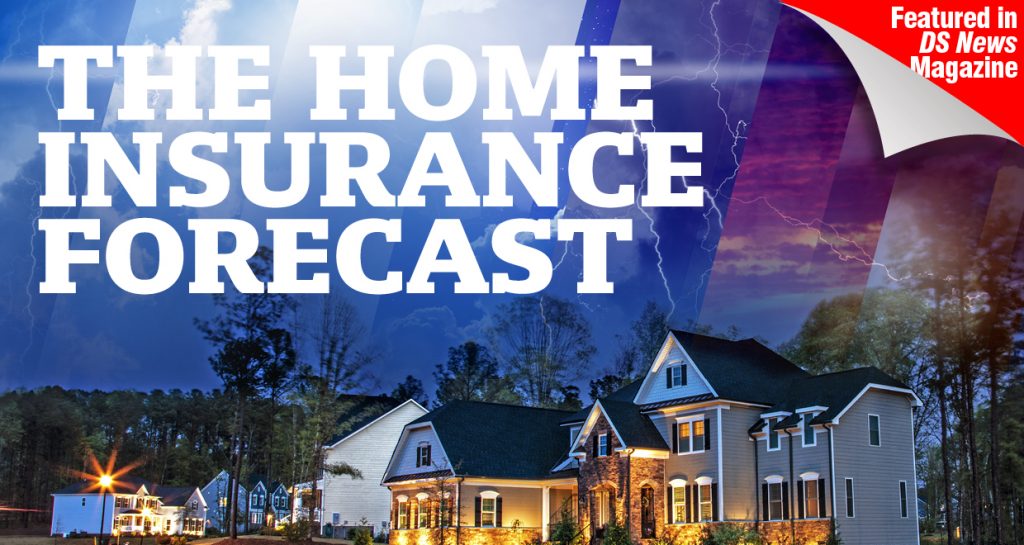 As extreme weather becomes the norm, the impact of climate shifts is front and center. Hotter-than-average ocean temperatures are fueling mega-storms like Hurricane Ida, which devastated Louisiana before pummeling the Northeast. In the last year alone, the U.S. suffered a deadly winter storm in Texas, a record heatwave across the Pacific Northwest, and rising sea levels along the Gulf Coast—not to mention wildfires and droughts. These tragedies underscore just how important it is for homeowners and insurance companies to recognize the importance of climate-related impacts.

The United Nations warns that sea levels may continue to rise, endangering coastal areas and putting millions at risk for catastrophic flooding. At the same time, temperature increases over the next 20 years could lead to even more fatal wildfires, heatwaves, and droughts. Scientists are united in believing that climate change is contributing to the uptick in dangerous hurricanes. The same goes for extreme rainfall events and damaging floods.

Homeowners' insurance costs are rising nationwide. Premiums generally grow an average of 4% year over year across the U.S; however, rates are increasing even more in areas that are more likely to experience climate-related events. Based on a report by Matic Insurance, annual premiums in hurricane-prone states like Florida, for example, are now well over $3,000 per year and have grown 13% year over year. Meanwhile, California premiums rose 8%. These increases are worse in the highest-risk areas. For instance, average premiums increased 66% in Miami, 57% in Fort Myers, and 17% in New Orleans. As risk goes up, insurers may stop providing coverage for fear of going broke trying to pay claims—potentially making coverage unattainable for homeowners in these areas.

Not surprisingly, climate change has become a top risk for insurers, according to a recent Deloitte study. Stronger and more frequent natural disasters are destroying homes and businesses at record-breaking rates nearly every year. Just look at the economic damage caused by the following events:

Insurers’ costs are based on the management of risk—the greater the risk, the more expensive your premium. Continued catastrophic losses due to climate events are nudging insurers to be ever more cautious. This translates to higher insurance costs and increased property taxes. It also limits coverage in the most vulnerable areas.

Flooding is currently the most common and costly natural disaster in the United States, and climate change significantly increases the danger. According to the Federal Emergency Management Agency (FEMA), 98% of all U.S. counties have experienced at least one flooding event. This has caused more than $155 billion worth of damage over the last decade.

The rub for homeowners is that most home insurance policies do not cover flooding. As a result, more than 90% of the flood insurance policies in the U.S. are covered by FEMA’s National Flood Insurance Program (NFIP). This program is set to get a major overhaul in October 2021. At that point, FEMA will begin factoring in different metrics to account for catastrophic events driven by climate change. The move is meant to adjust premiums so that they more accurately reflect risk levels.

Fire is another growing threat. The repeated California wildfires have caused insurers to limit fire insurance policies or eliminate coverage—forcing more and more homeowners into expensive, last resort Fair Access to Insurance Requirements (FAIR) plans. FAIR plans cost significantly more while providing less coverage. They were designed to serve a small number of homeowners in the most high-risk areas. However, between 2018 and 2019, California saw a 225% increase in these policyholders.

What’s more, 31% of all insurers stopped providing fire coverage altogether. As increased droughts and wildfires impact more states than ever, homeowners across the country could face significantly higher costs.

How Insurers Are Responding

Risk modeling is the name of the game. The truth is that standard insurance models were created using area data from the previous 30 years—but with climate change increasing risk factors, past data is no longer an accurate predictor of the future. Better data will help insurers provide higher-quality options to homeowners. Prevention will likely play a key role here.

The bottom line is that, with more accurate data, insurers can provide more precise models and better coverage. However, having a more nuanced understanding of risk could also trigger premium increases in historically stable areas. Still, insurers will no longer plan by looking back. Instead, the idea is to give homeowners a clearer picture of the road ahead so that insurers can provide more robust coverage.

How Homeowners Can Reduce Costs

There are steps homeowners can take to help mitigate risk and reduce costs. The first is simply recognizing the personal and financial risks associated with climate change. Some action steps may include:

Buying a home is the most significant investment most families will ever undertake. Risk comes with the territory, especially if homebuyers live in an area affected by climate change. Unfortunately, rising premiums and coverage gaps are very likely in the short term. The good news is that insurers are taking steps to improve planning so they can provide homeowners with the coverage and protection they need and deserve.

Previous: Court Decision Vacated Over Debt Collection Practices
Next: The Week Ahead: Where the Industry Is Headed in 2022

Ben Madick is the Co-Founder and CEO of Matic Insurance Services. Madick has over 15 years’ experience in the mortgage and insurance industries. Prior to Matic, he co-founded MQMR, a firm that performs compliance risk management and audit support to mortgage lenders and banks of all sizes.