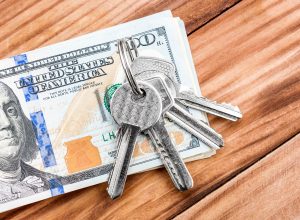 In the span of just three years, the median net worth of U.S. households rose nearly $25,000, according to Mortgage Bankers Association's (MBA) Research Institute for Housing America (RIHA).

"After nearly a decade of rising inequality during the Great Recession and its aftermath, the distribution of wealth in the United States became somewhat more equal between 2016 and 2019. Americans became richer, with middle-class households on the receiving end of a bigger slice of the wealth gains," said Dr. Weicher. "The increase in homeownership, and the steady rise in home values and the stock market drove the increase in middle-class wealth. The median net worth of every racial and ethnic category also increased, with the largest increases coming from Black and Hispanic households."

As reported, the share of total wealth belonging to the richest 10% of Americans declined modestly; the share belonging to middle-wealth families increased slightly; for the poorest 30%, their assets have consisted mostly of their cars, and their checking accounts, and they were not much if any better off in 2019 than they had been in 2016.

"Thankfully, the quick rebound in the labor market and the unprecedented policy response have mostly kept households afloat during the COVID-19 pandemic, and the strong housing market and stock market have boosted overall wealth,” said Dr. Weicher.

Dr. Weicher also notes that the housing market has been more stable and more consistently positive, due to historically low mortgage rates of the past two-plus years. The homeownership rate was higher in 2019 than it had been in 2016 among all major racial and ethnic groups, although there were some declines for particular groups in 2018 and 2019, as calculated by the Census Bureau in its quarterly report on homeownership.

"Homeownership is the primary source of wealth accumulation for most middle-class households, and the final years of the 2010s saw an increase in the homeownership rate at a time of steady-rising home values," said Edward Seiler, Executive Director of the RIHA and MBA's Associate VP, Housing Economics. "Fast-forward to 2021, and the significant demand for homebuying amidst low inventory levels has further fueled gains in home prices and most homeowners' equity. However, there are still wealth disparities by race. Among middle-wealth households, white households have higher homeownership rates and have more home equity."

Dr. Weicher, who also serves as a Senior Fellow in addition to his role as Director of the Center, served as Assistant Secretary for Housing and FHA Commissioner at the U.S. Department of Housing & Urban Development (HUD) from 2001-2005. Prior to that, he was Assistant Secretary for Policy Development and Research at HUD, and Chief Economist at both HUD and the Office of Management and Budget (OMB).

RIHA's 38-page report contains the same framework as its 2020 report, “The Distribution of Wealth Since the Great Recession.” Data from the Federal Reserve Board's triennial Survey of Consumer Finances (SCF) was used to study the distribution of household wealth, its main components, and how the evolution of household wealth has affected poor, rich, and middle-wealth households from 2016 to 2019. The top 10% of households, by net wealth, are classified as rich, and the bottom 30% as poor.

Click here to read the full report, “The Distribution of Wealth in America Since 2016.”

Previous: Webinar Recap: ‘Turn Distress Into Success in 2022’
Next: Refis Reduce Mortgage Payments by $1.3B a Month