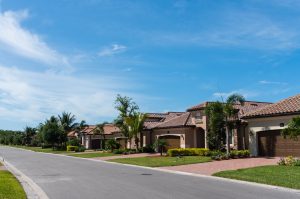 by the Mortgage Bankers Association (MBA) has tracked a slight increase in the number of mortgages now in forbearance.

For the week ending Dec. 13, the MBA found 18.78% of total loans in forbearance are in the initial forbearance plan stage, while 78.54% are in a forbearance extension and the remaining 2.69% are forbearance re-entries. Total weekly forbearance requests as a percent of servicing portfolio volume remained unchanged from the prior week at 0.12%.

Mike Fratantoni, MBA's SVP and Chief Economist, noted that forbearance levels were mostly steady since early November, although forbearance requests from Ginnie Mae’s borrowers “reached the highest level since the week ending June 14.” However, he was not optimistic about the near future.

“Additional restrictions on businesses and rising COVID-19 cases are causing a renewed increase in layoffs and other signs of slowing economic activity,” Fratantoni said. “These troubling trends will likely result in more homeowners seeking relief.”

Fratantoni’s concern on troubling trends was echoed earlier this week by Michael Sklarz, who leads Black Knight Data and Analytics' Collateral Analytics team. In a blog posting, Sklarz, predicted that many homeowners facing the expiration of their forbearance plans under the CARES Act might put their properties up for sale rather than face mortgage delinquency.

“There are millions of homeowners currently in forbearance across the country who will lose those protections throughout next year and—depending upon their ability to return to performing status—who may find themselves facing foreclosure,” Sklarz wrote. “This is of course assuming a Biden administration doesn’t extend the moratoriums currently in place. Regardless, we may very well see a meaningful increase in the number of homes listed for sale as these borrowers choose to sell at what is arguably an intermediate top in the market and downsize to more affordable homes rather than face foreclosure.”