Homes in Large Cities Are Less Affordable Than Ever 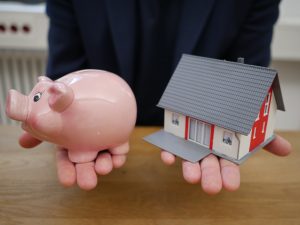 The American Dream of homeownership is becoming more cost-prohibitive than ever, especially in the country's largest and most in-demand cities, according to Point2. And the researchers there don't expect the situation to improve anytime soon.

While mortgage rates have been historically low, they’ve been offset by rapidly increasing home costs. The magic number for affordability is 30%—a mortgage over 30% of a household’s income deems that home unaffordable. Fifteen major cities have now crossed that threshold, up from only 13 cities in 2010.

And incomes aren’t keeping up with the rising cost of mortgages. Homeowners in the most unaffordable cities would need to make an additional $43,567 annually in order to not be burdened by their mortgages. Fifty-three of the 100 largest cities have home prices increasing faster than wages.

Since 2010, Los Angeles has seen home prices increase by 57%, Seattle and Santa Ana have experienced 77% increases, and North Las Vegas and Aurora, CO, have seen 90% and 100% increases. Wages in these cities have increased nowhere close to these amounts, which puts buyers in a bad place.

In fact, some of the cities with the fastest rising home prices are cities with slowest increasing incomes. North Las Vegas house prices, for example, are rising 75% more than incomes.

The market with the most expensive homes is San Francisco with a median price of $1,239,415. To other California cities, Fremont and San Jose, possess a median home price of over a million dollars, as well. This means that with even a down payment of 20%, a monthly mortgage would be between $4,000 and $5,000 for 30 years.

However, not every city is in the same situation. Six cities in the U.S. have mortgages that fall below 10% of annual, average income. Detroit requires about 8% of income, and Cleveland and Toledo, both in Ohio, boast mortgages below 10%. These three cities have all experienced incomes increasing over mortgages. The Ohio cities even saw real estate prices drop.

Although lowering home prices isn’t usually considered a good thing, it does allow more people to purchase homes for the first time, which can correct the market over time.