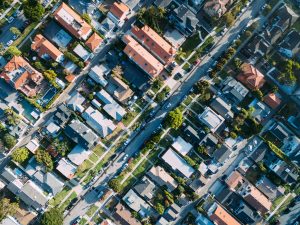 ATTOM Data Solutions has released its Q1 2021 special report analyzing qualified low-income Opportunity Zones established by Congress in the Tax Cuts and Jobs Act of 2017. ATTOM examined 4,579 zones nationally with sufficient sales data to analyze, meaning they had at least five home sales in Q1 of 2021.

The report found that median home prices increased from Q1 of 2020 to Q1 of 2021 in 75% of Opportunity Zones with sufficient data to analyze and rose by at least 10% in close to two-thirds of them. Those percentages roughly tracked trends in areas of the U.S. outside of Opportunity Zones, continuing patterns from Q4 of 2020.

Opportunity Zones are defined in the Tax Act legislation as census tracts, in or alongside, low-income neighborhoods that meet various criteria for redevelopment in all 50 states, the District of Columbia and U.S. territories. Census tracts, as defined by the U.S. Census Bureau, cover areas with 1,200 to 8,000 residents, with an average of about 4,000 people.

Prices in these Opportunity Zones lagged behind the national average in Q1, as approximately 43% of zones with enough data still had median prices of less than $150,000. That total was down from 50% a year earlier, as prices inside some of the nation's poorest communities kept surging ahead with the broader market.

"Some of the country's poorest neighborhoods continued riding the long national boom in home prices during the first quarter of the year, reaping increases that pretty much matched those in more-affluent areas. Those ongoing gains emerged in the latest price data showing values in designated Opportunity Zones rising at about the same pace, or even more, than in other communities," said Todd Teta, Chief Product Officer with ATTOM Data Solutions. "Home values inside the Zones remain quite low compared to the rest of the U.S., but they are far from immune from the boom. That shows continued interest among homebuyers in marginal areas and continues to bode well for the redevelopment that Opportunity Zone tax breaks are designed to promote."

Previous: Servicers and Regulators Map Out Post-Moratoria Framework
Next: Why Homeowners Aren’t Selling in This ‘Super Sellers’ Market