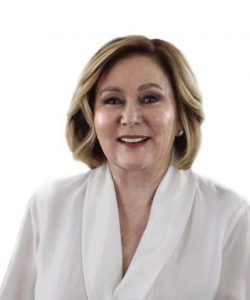 Orlans PC announced that Founder & Executive Chair Linda Orlans was named an award winner of the inaugural #NEXTPowerhouseAward, honoring the most influential women in the mortgage industry. Julie Moran, Senior Executive Counsel, was also the recipient of a #NEXTPowerhouseAward. The winners are celebrated for being technologically innovative, sharing new ideas, and pushing the limits to keep their companies and the industry moving forward.

Highlights from Linda Orlans' career include becoming the first woman Chair of the Board of Trustees at the Michigan State University College of Law; the inclusion of Orlans PC as a member of the National Association of Minority and Women Owned Law Firms—a highly selective organization of minority and women-owned law firms; and being a current member of the United States Supreme Court Bar and the State Bar of Michigan.

“I am thrilled to receive this award. It is an honor to be recognized with such an esteemed group of successful, career-driven women each of whom strives to make a positive impact in our companies, communities and the industry,” Orlans said in a statement.

Julie Moran is described as "an innovator and trailblazer in the mortgage and legal industries." She began her career as an attorney at a Boston law firm concentrating in transactional real estate. She developed a mortgage banking practice that became one of the largest sources of firm and client growth. As a partner at the firm, she had the privilege of working with some of the nation’s largest banks and loan servicers. Julie was elected as the firm’s first female managing partner at a time when there was only one other female managing partner in Boston. 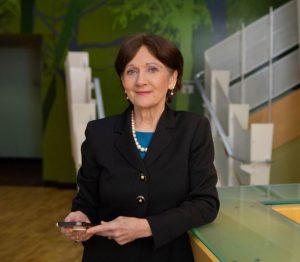 “I am honored to receive this esteemed award from an organization that is focused on advancing women in their careers and professional growth,” Moran said.

In 2007, the two colleagues founded Orlans Moran PC, a 100% women-owned law firm. Under Linda and Julie’s innovative leadership, the firm quadrupled its market share and number of clients by applying Lean Six Sigma concepts to the foreclosure legal process.