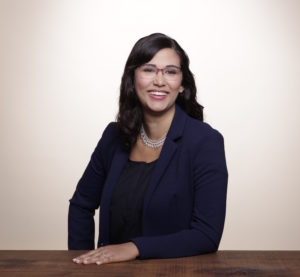 Real-estate brokerage Redfin announced that it has appointed Daryl Fairweather as its new Chief Economist. Fairweather comes to Redfin from Amazon, where she served as a senior behavioral economist, leading a team of analysts and economists focused on improving employee performance and engagement. Her experience and research interests lie at the intersection of data analysis and individual decision-making, understanding how people's choices shape the economy.

"Redfin isn't just focused on purely academic questions about real estate, but the practical decisions people make about buying this or that house, now or later, for less than the asking price or more," said Redfin CEO Glenn Kelman. “… her work at the Federal Reserve interviewing people who lost their homes to foreclosure in the financial crisis has given her a human connection to the broad range of issues tied to the housing market: where Americans are choosing to live, when we start families and why, if we feel rich or poor, and whether our neighborhoods restrict or expand our opportunities."

In her new role at Redfin, Fairweather will contribute to the national conversation about the housing market and lead a team of Redfin economists and data scientists responsible for providing compelling reports on real estate market, homeownership, and the economic factors shaping where and why people are buying and selling homes.

"The housing market is a perfect example of how psychology affects the economy," Fairweather said. "For most of us, buying a home is the biggest financial decision we'll make in our lifetime, and yet traditionally, homebuyers have little experience and limited education on the process or the market. Emotions play a large role in real estate. I'm excited to use Redfin's unique data to understand these dynamics, and ultimately, educate consumers so they can feel confident and informed in their decisions."

Before joining Amazon, Fairweather served in economist and analyst roles at Intensity Corporation, Morgan Stanley and the Federal Reserve Bank of Boston. Fairweather holds a Ph.D. in economics from the University of Chicago, where she was mentored by acclaimed economists Richard Thaler, a 2017 Nobel Prize winner, and Steven Levitt. Fairweather received her bachelor's degree from MIT. Follow her on Twitter @FairweatherPhD and LinkedIn.