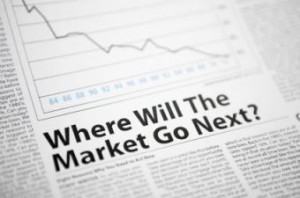 A recent report from Trulia’s Chief Economic Ralph McLaughlin reports that in order to boost inventory, there are several policies that president-elect Donald Trump could implement.

“Amongst other policies, he could incentivize investors to sell homes purchased during the foreclosure crisis,” says McLaughlin. “Such incentives could include capital gains tax breaks on homes sold by investors to owner-occupiers, tax increases on rental income, or a combination of both.”

The report says that this is not a cure-all solution, these incentives could raise demand and supply of starter homes.

In a recent interview with DS News, Laurie Goodman, Co-Director for the Housing Finance Policy Center at the Urban Institute shares a similar sentiment to McLaughlin that Trump has the opportunity as a businessman could make a big difference in housing supply.

“We figure new single-family housing plus new multi-family housing plus manufactured housing minus obsolescence is about 430,000 units short of new household formation,” says Goodman. “So supply constraints are huge and what that does is put upward pressure on both prices and rents and create affordability problems. In turn, those affordability problems are expected to get worse over time.

McLaughlin’s report acknowledges that building the supply in the market is the first and foremost action that should be taken regarding growing the housing market.

“We encourage President-Elect Trump to focus on policies that encourage existing owners to sell and homebuilders to build, rather than fixating on policies that boost demand, since addressing the latter without the former could lead to price increases and a drop in affordability,” says McLaughlin.

2016-11-24
Kendall Baer
Previous: Being Thankful for the Changes in the Mortgage Industry
Next: Increasing Minority Mortgage Access