The FHFA reported a total of 38 states with rising home prices in the fourth quarter, a significant showing but fewer than the 48 states from the previous quarter. States with the highest home price increase percentage include Nevada, California, Arizona, Oregon, and Florida. Among the 100 metros with the highest populations in the United States, those with the highest price appreciation over the year were largely based in the West, according to FHFA's all-transaction index. 15 of the top 20 metros are located in California alone.

According to a report issued by the National Association of Home Builders, the average size of a new home has increased from 2,362 square feet in 2009 to 2,679 square feet in 2013. More qualified buyers with higher credit scores and more income are spurring demand for larger homes. The spread between the average Experian credit score of all U.S. consumers and the average home borrower's score has gone up from 33 points in the early 2000's to 58 points in 2013. The median income of new-home buyers has steadily climbed from $91,768 in 2005 to $107,607 in 2011. 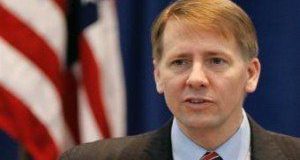 According to DAL Legal, a recent case reverses a dangerous precedent among the lower courts based on a misapprehension of negotiable instruments and holder status.