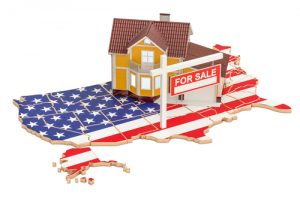 The housing market continued to cool down in December with properties staying on the market for a longer time, especially in the large markets and 15 percent of listings seeing price reductions, according to a report by Realtor.com.

The report indicated that while inventory increased by 5 percent across the nation, it rose by 10 percent in the larger markets in December. While homes sold at a pace of 80 days in December, three days faster than December 2017, the pace at which they're selling is decelerating. "December 2017 saw homes sell six days faster compared to the previous year," the report said.

Nineteen of the top 45 metros saw properties spend more time on the market compared to December 2017 and included real estate in the hot housing markets of San Jose, California; Seattle, Washington; and Nashville, Tennessee. Homes in these markets spent 14, 10 and six more days on the markets respectively. In comparison, properties in Birmingham, Alabama; Milwaukee, Wisconsin; and Richmond, Virginia sold at the fastest pace at 12, 11, and 10 days respectively.

Even as the median listing price grew 7 percent year-over-year to $289,000 in December, it was lower than the 8 percent listing price seen in December 2017. Despite the lower pricing, listings that saw price reductions increased to 15 percent in December compared with 13 percent in 2017 as home sellers adjusted their strategies in "slowing, pricey markets with growing availability of homes for sale."

The report found that some of the largest housing markets in the nation were driving these price reductions with 38 of the 45 top metros seeing an increase in such discounts. Charlotte, North Carolina, topped the list with the share of price reductions growing by 10 percent, from 14 percent in 2017 to 24 percent in December. It was followed by San Jose that saw an increase of 10 percent, Tampa (+9 percent), Phoenix (+9 percent), and Seattle (+8 percent).