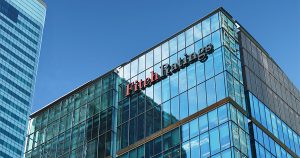 According to Fitch Ratings, non-bank mortgage servicers should expect increased regulatory scrutiny in the coming months as pandemic-related government forbearance programs expire and borrowers transition into other permanent loss mitigation alternatives or default.

“The U.S. mortgage industry is subject to extensive federal- and state-level regulations, which rapidly evolved during the economic fallout from the pandemic amid the transition to more automated and remote business platforms,” Fitch said. “The Consumer Finance Protection Bureau has prioritized mortgage servicing oversight under the new administration.”

About eight million homeowners have enrolled in some sort of forbearance or loss mitigation programs since the COVID-19 pandemic started in March 2020. About six million homeowners have since exited these programs. These programs have played a key role in keeping the 30-day delinquency transition rate down; the rate fell from 3.4% in April 2020 to 0.7% in October 2021. April 2020 also was also marked as a peak period for consumer complaints against servicers.

The national delinquency rate was 3.38% in December, 10 basis points above the record low seen in February 2020. However, loans in active foreclosure were at an all-time low in December 2021; the rate of foreclosure stood at 0.24% with 4,100 foreclosure starts, 90% below levels seen over the same period in 2019 before the pandemic started.

Fitch is expecting foreclosure activity to pick up this year, which likely means additional regulatory scrutiny. The 90 day delinquency rate in December 2021 was twice what it was before the pandemic, but 30-day delinquencies were lower than they historically were due to an improving economic situation.

According to Fitch research, forbearance plans for non-prime, non-bank servicers, which peaked at 71% of all loan workout options in the first quarter of 2021, saw a 10% decline by the third quarter as borrowers exited forbearance agreements, while the number of loan modifications tripled to 19% from 6.6% year-over-year.

Previous: Refinance Activity Dips Further
Next: Pending Sales Down From 2021