Home / Daily Dose / Minneapolis Fed: Dodd-Frank Was Not Enough to End Too Big to Fail

Minneapolis Fed: Dodd-Frank Was Not Enough to End Too Big to Fail 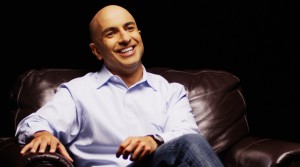 In his first public speech since being named president and CEO of the Federal Reserve Bank of Minneapolis in November 2015, Neel Kashkari said on Tuesday that Congress passed Dodd-Frank too quickly and that too big to fail is still alive and well more than seven years after the financial crisis.

“While significant progress has been made to strengthen our financial system, I believe the (Dodd-Frank) Act did not go far enough,” Kaskhari said. “I believe the biggest banks are still too big to fail and continue to pose a significant, ongoing risk to our economy.”

Kashkari, a former Goldman Sachs executive and a former assistant secretary of the U.S. Department of Treasury, spoke of the progress that has been made toward ending too big to fail—namely, increased regulation that requires banks to hold higher levels of capital and stress tests to check to see which institutions can withstand severe economic shocks.

Despite the best efforts of regulators to ensure that banks do not need more taxpayer bailouts, however, the banks still make mistakes, Kashkari said. Among the lessons he learned from the 2008 crisis are that determining which banks are systemically important is dependent upon current economic and financial conditions; the next crisis might not look like we expect, and we probably won’t see it coming; and that the externalities of large bank failures can be massive.

“I am not talking about just the fiscal costs of bailouts,” Kashkari said. “Even with the 2008 bailouts, the costs to society from the financial crisis in terms of lost jobs, lost income and lost wealth were staggering—many trillions of dollars and devastation for millions of families.”

“I believe the biggest banks are still too big to fail and continue to pose a significant, ongoing risk to our economy.”

He continued, “Given the massive externalities on Main Street of large bank failures in terms of lost jobs, lost income and lost wealth, no rational policymaker would risk restructuring large firms and forcing losses on creditors and counterparties using the new tools (provided by Dodd-Frank) in a risky environment, let alone in a crisis environment like we experienced in 2008. They will be forced to bail out failing institutions—as we were.”

Given the uncertainty as to whether the tools provided by Dodd-Frank would actually end too big to fail, Kaskari said the government must consider “bolder, more transformational” options such as breaking up the larger banks into smaller ones; turning the larger banks into public utilities by forcing them to hold so much capital that they can’t fail; and taxing leverage throughout the financial system to reduce systemic risks.

“We will use all of this work to inform our plan to end too big to fail, which we will release by year-end for legislators, policymakers and the public to consider,” Kashkari said. “Congress created the Federal Reserve System to help prevent financial crises from inflicting widespread damage to the U.S. economy. Doing everything we can to address the systemic risks posed by large banks will be an important step to fulfilling that mission. Seven years after the crisis, I believe it is now time to move forward and end too big to fail.”

Click here to read the full text of Kashkari’s speech.