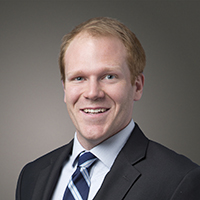 Brett Barnett, from Chicago-based McGuireWoods, focuses his practice on complex commercial litigation with an emphasis on healthcare litigation. He has represented and advised healthcare and other clients across the country in a variety of regulatory, governance, market, and financial matters. Barnett discussed with DS News the recent 9th Circuit Court ruling that Fannie Mae and Freddie Mac are privately held companies in the case of United States of America ex rel. Adams v. Aurora Loan Servs., Inc.

What was involved in the decision in the Adams case?

In the Adams case, the relator brought actions against 16 financial institutions who were some of the biggest national banks, such as Chase and Bank of America, alleging that these entities had falsely certified that they were in compliance with Fannie Mae’s and Freddie Mac’s contractual regulations. Most specifically, this was all about HOA fees and whether the banks themselves had properly paid off any HOA fees and were selling the mortgages to Fannie Mae and Freddie Mac free and clear of any assessment fees. The relator alleged that Fannie Mae and Freddie Mac had received a bunch of mortgages from these financial institutions that they improperly certified compliance with such that they had actually not paid off the HOA fees and the liens were not clean and free. What happened in turn is that the relator alleged that Fannie Mae and Freddie Mac were what are considered government instrumentalities under the False Claims Act.

The False Claims Act allows for claims to be brought either directly against the government entity or claims that are made to a contractor of the government. Section 31 U.S.C. § 3729(b)(2)(A)(i) concerns claims brought directly against the government, and Section 31 U.S.C. § 3729(b)(2)(A)(ii) concerns claims against a contractor. Here the relator alleged only that Fannie Mae and Freddie Mac were government instrumentalities. The court found that no, that’s not true; Fannie Mae and Freddie Mac were established by government charter and they are under government conservatorship, but they are privately-run corporations. And the fact that the United States might be the majority shareholder in these institutions does not make them private entities. Therefore, anything that the banks submitted to Fannie Mae and Freddie Mac could not have constituted a false claim under that section that the realtor was bringing it.

Do you think the decision in the Adams case will have any effect on the investor lawsuits that have been brought against the government over control of GSE profits?

First, Fannie Mae and Freddie Mac were not part of this lawsuit. The private banks were the defendants in this case. The impact that the holding could have on Fannie Mae and Freddie Mac is that they now have a holding out on the books in the Ninth Circuit which they obviously respect in court that says for purposes of the False Claims Act, these entities cannot be considered government instrumentalities. What I anticipate Fannie Mae and Freddie Mac would do if they were presented with any litigation where the fact that they are not federal instrumentalities would work against them is they would try to argue that the Adams holding was only limited to the False Claims Act brought on to that specific section.

Other courts have actually found that Fannie Mae and Freddie Mac can be considered government instrumentalities for state and local tax purposes. The court had to make this distinction and say, "Whatever they are for tax purposes, they aren't going to be the same for a False Claims Act case."

Previous: Consumer Expectations are Making a Comeback
Next: The Highs and Lows of Mortgage Compliance