SPS Comes in No. 1 for RMBS 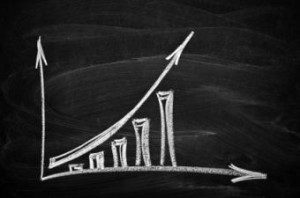 Select Portfolio Servicing (SPS) has taken the top spot in the nation’s non-agency RMBS servicing market, surpassing previous No. 1 Ocwen, according to the most recent Fitch Ratings’ U.S. RMBS Servicer Handbook. Though mortgage servicer portfolios are generally seeing their non-agency exposure decline as of late, according to Fitch, SPS “is proving to be a notable anomaly.”

“The slow return of the new issue RMBS market continues, though not enough to offset declines in non-agency portfolios,” a release from Fitch Ratings stated. “SPS is an exception as one of the few non-agency servicers that has seen dramatic growth in its portfolio over the last year.”

SPS’s total non-agency portfolio for 2016 was comprised of 410,286 loans and a total balance of $80.03 billion—marking an increase of nearly $9 billion and 77,000 loans year-over-year. The jump is a result of a number of SPS acquisitions that occurred over the last year, according to Fitch Ratings Managing Director Roelof Slump.

“SPS has grown largely through successful acquisition of seasoned portfolios from large bank servicers,” Slump said, “with much of the new product coming in the form of subprime loans.”

According to Fitch, Ocwen is still the servicer with the most non-agency loans in its portfolio, though that could stand to change as Nationstar and Cenlar are poised to assume much of CitiMortgage’s product as it exits the market.

“Nationstar will be an area of focus as 2017 progresses, as they are likely to inherit CitiMortgage’s agency product as its gradual exit from servicing continues,” Slump said. “Another servicer of note will be Cenlar, who stands to take over much of Citi’s non-agency portfolio.”

The U.S. RMBS Service Handbook includes all Fitch-rated servicers, as well as their ratings, portfolio size, attributes, trends and more. The handbook, along with ratings and portfolio size, is updated quarterly as servicers release data. See the full updated handbook at FitchRatings.com.