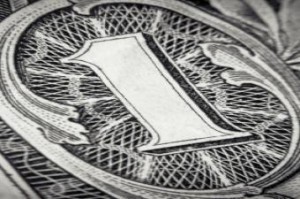 With the release of the company’s Q1 2016 earnings statement right around the corner, Bank of America CEO Brian Moynihan said in his letter to shareholders in the 2015 Annual Report that the bank is “no longer clouded over by heavy mortgage and crisis-related litigation and operating costs.”

Crisis-related litigation plagued Bank of America in 2014. The bank reached a settlement with the Department of Justice in August of that year for $16.65 billion over the sales of toxic mortgage-backed securities in the run-up to the financial crisis; litigation costs and other expenses related to that settlement took a big chunk out of the bank’s 2014 net income. The $16.65 billion settlement remains a record for a settlement between the Department of Justice and a single company over matters related to the 2008 financial crisis (it was eclipsed only by British Petroleum’s $20.8 settlement with the DOJ in October 2015 over the Gulf oil spill).

“This progress is the result of continued strong business performance, no longer clouded over by heavy mortgage and crisis-related litigation and operating costs,” Moynihan said. “Over the past several years, we’ve followed a strategy to simplify the company, rebuild our capital and liquidity, invest in our company and our capabilities, and pursue a straightforward model focused on responsible growth.”

“Other general operating expense decreased $16.0 billion primarily due to a decrease of $15.2 billion in litigation expense which was primarily related to previously disclosed legacy mortgage-related matters and other litigation charges in 2014,” the shareholder letter said.

Moynihan’s announcement follows what was largely a positive second half of 2015 for Bank of America. In November, independent monitor Eric Green reported that the bank was well ahead of schedule to pay off the $7 billion in consumer relief required by the August 2014 RMBS settlement. In December, the Federal Reserve approved the bank’s resubmitted capital plan after spending approximately $100 million to “get the process right for resubmission,” Moynihan said. Nine months earlier, the Fed announced that Bank of America must submit a revised capital plan due to certain weaknesses in the Charlotte, North Carolina-based bank’s capital planning process the Fed located in its annual Comprehensive Capital Analysis and Review (CCAR) conducted in early March 2015.

Bank of American’s earnings statement for the first quarter of 2016 will be released on Thursday, April 14.

Click here to view the entire 2015 Annual Report for Bank of America.