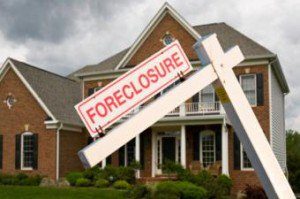 With New Jersey facing high foreclosure rates, even amidst overall low volumes across the country, state lawmakers and homeowners continue to work to address challenges raised by the issue, NJTV News reports.

Singleton is the sponsor of a package of bills currently moving through the state legislature that are designed to address the alleged foreclosure issues, including bills which would create a statewide database of foreclosed properties. New Jersey lawmakers passed the bipartisan legislation in February consisting of a package of nine different bills aimed at streamlining pending foreclosure cases in the state.

In a white paper published by the National Mortgage Servicing Association (NMSA), the NMSA discussed some “common sense, practical, and affordable remedies,” aimed at reducing the costs of foreclosure practices and community blight. According to the white paper, entitled “Understanding the True Costs of Abandoned Properties: How Maintenance Can Make a Difference,” the typical foreclosed home can impose costs of around $170,000, $85,000 of which is attributable to vacant property requirements and condition.

“It’s time to rethink how we deal with vacant and abandoned properties,” the white paper states. You can read the full white paper here.