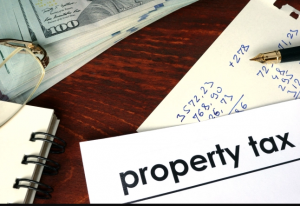 The average tax on a single-family home in 2020 was $3,719. In the year, local governments levied $323 billion in property taxes nationwide, according to an annual report from property data analysts at ATTOM Data Solutions.

“Homeowners across the United States in 2020 got hit with the largest average property tax hike in the last four years, a sign that the cost of running local governments and public school systems rose well past the rate of inflation. The increase was twice what it was in 2019,” said Todd Teta, Chief Product Officer for ATTOM Data Solutions. “Fortunately for recent homebuyers, they have mortgages with super-low interest rates that somewhat contain the cost of homeownership. But the latest tax numbers speak loud and clear about the continuing pressure on both recent and longtime homeowners to support the rising cost of public services.”

That said, the tax rate varies greatly by state, as we've reported in the past, and which ATTOM's report has confirmed.

ATTOM's report showed taxes in the most expensive states are more than 10 times higher than in the least-taxed states.

Commenting on a February property tax study from WalletHub, which showed similar results to ATTOM's report, University of Michigan Lecturer Stephanie Leiser says that most economists agree that property taxes are the best tax base for local governments.

"Compared to other types of taxes, they tend to fluctuate a lot less from year to year, providing predictability for taxpayers and governments," she said. "Property taxes are also relatively equitable, in that those with more resources tend to pay more, and those with fewer pay less."