The California Association of Realtors (CAR) reported 367,000 closed escrow sales of existing single-family detached homes, seasonally adjusted at an annualized rate. March marked the fifth straight month with sales below the 400,000 level, and the eighth month of declining sales on a year-over-year basis.

According to the group, "The statewide sales figure represents what would be the total number of homes sold during 2014 if sales maintained the March pace throughout the year."

"While the demand for housing was up from February, the market is taking a hit from lower housing affordability compared to a year ago, which led to a decline in home sales from last year," said CAR president, Kevin Brown. "Moreover, concerns over tighter lending standards and increased borrowing costs are also contributing factors to the sluggish market as they both negatively impact the bottom line of home buyers who obtain financing through mortgages."

Home prices jumped upward as well, reversing a February decline to land on a 7.7 percent increase for March. March's price was 14.9 percent higher than prices from March 2013. Prices have increased on a year-over-year basis for two full years, with 21 straight months of double-digit annual gains.

Housing inventory tightened in March, with the available supply of existing, single-family homes for sale slipping to four months.

"While housing inventory has loosened since last year, it’s still below what’s considered typical in a normal market," said CAR VP and Chief Economist, Leslie Appleton-Young. "Many of the listings continue to be priced above what the market will bear and are not moving. As such, even with improved home prices over the past year, new listings are lagging because would-be sellers who have limited options on where to move are hesitant to put their properties on the market." 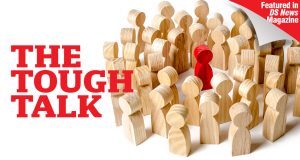 The Tough Talk: Bringing in a Diversity of Voices

here's your chance to revisit some of our recent complimentary webinars. From servicing risk to eClosings and changes to the Claims Without Conveyance of Title program, here are some of our recent presentations featuring insights from industry subject-matter experts.