Freedom Mortgage Corp., is the latest company to resolve claims that it violated the False Claims Act by knowingly originating and underwriting single-family mortgage loans insured by the Federal Housing Administration (FHA) that did not meet the mortgage insurer's requirements.

The U.S. Justice Department announced Friday that New Jersey-based Freedom Mortgage will pay $113 million resolve allegations that it violated the False Claims Act from 2006 to 2011. According to the Justice Department, today's settlement resolves allegations that Freedom Mortgage "failed to comply with certain FHA origination, underwriting, and quality control requirements."

“It is imperative that mortgage lenders that participate in the FHA insurance program follow the rules and requirements set forth by HUD,” said Principal Deputy Assistant Attorney General Benjamin C. Mizer, Head of the Justice Department’s Civil Division. “We will continue to work with our partners at HUD, its Office of Inspector General, and U.S. Attorneys around the country to protect homeowners and taxpayers from those who knowingly seek to abuse the FHA program for their own gain.”

U.S. Attorney Paul J. Fishman for the District of New Jersey added, “Freedom Mortgage did not properly comply with FHA rules for the mortgages it was generating and did not adequately monitor early payment defaults. It also failed to report to HUD the defaults it did discover, as required by its participation in the program. Today’s settlement recognizes those failures and imposes an appropriate sanction.”

Freedom Mortgage was not immediately available to comment at the time of publication of this article.

The Department noted that as part of the settlement, Freedom Mortgage Corporation admitted to the following facts:

Previous: The Week Ahead: How the Settlement Will Affect Goldman Sachs
Next: Ten Real Estate Investment Hot Spots 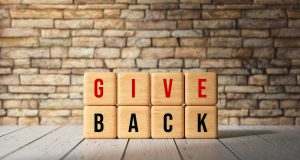