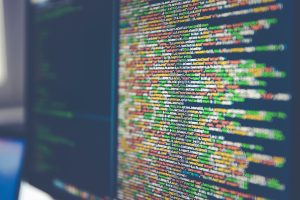 The Federal Housing Finance Administration (FHFA) Friday released a revised working paper entitled,  "A Quarter Century of Mortgage Risk," with the intention of improving policymakers' understanding of how mortgage risk has evolved over time and the role it played in the 2008 recession, FHFA said in a press release.

Using a comprehensive dataset that contains aggregated results using more than 200 million purchase-money and refinance mortgages from 1990 to 2019, the paper provides a summary measure of mortgage risk by estimating a so-called "stressed default rate."

The stressed default rate takes a loan made at any time from 1990-2019 and measures that loan's risk as though it originated at the dawn of the 2008 financial crisis.

"The size and scope of the expanded dataset in the paper provide researchers and policymakers more complete and more accurate historical information of mortgage risk than ever before," noted FHFA. "Based on the expanded data, the paper presents key findings about mortgage risk in years leading up to the 2008 financial crisis and in America today."

The paper—written and researched by William Larson of FHFA, Morris Davis of Rutgers University, Stephen Oliner of the American Enterprise Institute, and Benjamin Smith of the University of Pennsylvania—can be read in full at FHFA.gov. And it identifies three key findings, according to its authors:

"The new data shows that the buildup of mortgage risk in the nineties was a precursor to the market failing in 2008; previous research could not identify the fact that a refinance boom from 2000-2003 masked the mortgage risk accumulation."

Risk accumulated with borrowers across all credit scores.

"Leading up to the 2008 financial crisis, mortgage risk accumulated across the full spectrum of borrowers, not just those with low credit scores as some have previously asserted."

Lending standards relaxed leading up to the Great Recession.

"Mortgage rate spreads between not-risky loans and very risky loans tightened for portfolio and private-label securities mortgages in the mid-2000s indicating an expansion of credit supply right before the Great Recession."

FHFA's expanded data set, the press release explains, led to an additional key finding, which is that mortgage risk is accumulating again in America today.

The data set and paper is a working document, thus all data, tables, figures, and other results are subject to change, FHFA noted. At this stage, note the authors, "it is leading researchers to challenge some long-held assumptions about the impetus of the 2008 financial crisis."

2021-05-21
Christina Hughes Babb
Previous: Why Homeowners Aren’t Selling in This ‘Super Sellers’ Market
Next: The Week Ahead: Positive Trends Signal Drop in Forbearances