Monitor to Chase: You’re Almost There 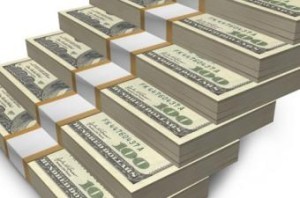 An independent monitor reported on Thursday that JPMorgan Chase is about 97 percent of the way toward fulfilling its consumer relief obligation under the $13 billion RMBS settlement reached in November 2013.

The Office of Joseph A. Smith Jr., Monitor of the Chase RMBS settlement, announced that he has credited Chase with $3.88 billion in consumer relief to 165,191 borrowers through September 30, 2015.

“I have credited Chase with $3.88 billion in consumer relief after an in-depth review of its consumer relief activities,” Smith said. “Chase self- reported an additional $113 million in relief, which I will review and discuss in my next report.”

Should Smith approve the additional $113 million (to another 2,613 borrowers, through December 31, 2015) and $62.7 million (to 1,156 borrowers through March 31, 2016) reported by Chase’s Internal Review Group, it would satisfy the bank’s consumer relief obligation under the terms of the settlement a year and nine months early. The bank has until December 31, 2017, to provide the remaining $120 million.

“We’ve been there for our customers from the beginning of the crisis and remain committed to supporting those who require assistance,” said Peter Muriungi, head of mortgage servicing at Chase. “We’re pleased with the findings of today’s report which speaks to our continued focus on helping our customers remain in their homes.”

The report released Thursday was Smith’s eighth report on Chase’s progress toward fulfilling the terms of the settlement. Smith credited Chase with an additional $206 million in consumer relief during the third quarter of 2015, bringing the total credited up to its current level of $3.88 billion. More than half of that $3.88 billion has been in the form of modification-forgiveness/forbearance ($2.018 billion). Approximately $874 million of the relief has come in the form of rate reduction, and about $1.17 billion has been in the form of low- to moderate-income and disaster area lending.

Chase settled with the government in November 2013 for a then-record $13 billion amid claims that the bank, along with Bear Stearns and Washington Mutual, sold faulty residential mortgage-backed securities to investors prior to the financial crisis. Chase was required to make $9 billion in direct payments to government agencies and five states and provide $4 billion in consumer relief under the settlement.

Previous: More Proposed CFPB Reforms Clear Subcommittee
Next: Where are the Most Stable Housing Markets?