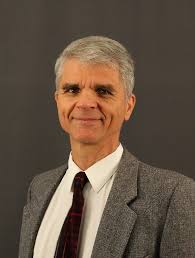 "Dave is an ideal candidate to support this effort," said NTC CEO John Hillman. "With over 30 years of experience, he has worked as a notary, a title researcher, a real estate agent, a real estate investor and with us as our resident industry expert. In every role, he has mastered the technologies required to succeed and speaks that language fluently. He will have a great impact on MISMO's effort."

According to MISMO, the Glossary will reflect all processes in the mortgage industry, from initial borrower queries to loan payoff and all events in between, including the provision of services by vendors to regulatory reporting. MISMO hopes the effort will reduce complexity and enable broader use of the organization's existing data standards.

LaRose has been with NTC for the past 20 years. During that time, his responsibilities have included developing technical procedures and making them understood and applied by all personnel. He has also helped NTC develop and establish new lines of service, and was instrumental in developing the training courses and seminars that have contributed to NTC's unprecedented 99.98% statute compliance rate and .77% reject rate at all 3600+ counties nationwide.

"This is an important task," LaRose said. "I've worked with plenty of people in our own industry who were in management and still couldn't define what a mortgage actually is. I can think of three definitions for this word off the top of my head including one as a verb. It's time we set the standard."