Mortgage production was up for Bank of America in Q2 despite a drop in mortgage income during the quarter as well as a substantial overall drop in profits, according to Bank of America’s second quarter 2016 earnings statement released Monday.

Net income for Bank of America in Q2 was $4.2 billion ($0.36 per share), down from $5.1 billion ($0.43 per share) in the year-ago quarter. The mortgage production portion of the consumer banking segment grew by 8 percent up to $20.6 billion during the second quarter.

Bank of America’s Chief Financial Officer, Paul Donofrio, said there were four items that caused the year-over-year decline in net income for the bank as well as the drop in mortgage banking income.

“In terms of the mortgages, you know, I think in the short-term, it's going to be fairly stable and that trend is going to this is a good base.”

“First, we sold an appraisal business last year, so there was revenue in last year's second quarter that isn't in this quarter,” Donofrio said. “Second, we had some servicing sales in the second quarter of last year for a gain that we didn't have this quarter.”

The ACE Securities v. DB Structured Products decision that held put-back claims filed more than six years after mortgage were sold were void under New York’s six-year statute of limitations. The decision, handed down last year in the second quarter of 2015 in the New York Court of Appeals, allowed Bank of America to reduce its estimate of outstanding put-back claims by $7.6 billion.

“Third and probably most significant from a revenue perspective is that we have the Ace decision in the second quarter last year, so we released last year some reps and warranties. That was a significant amount of benefit last year. And then fourth and probably strategically most important in the point you're getting to is we are selling less mortgages choosing instead to hold them on our balance sheet, and obviously this decreases MBI (mortgage banking income) but increases NII (net interest income) over time.”

Donofrio continued, “[P]lus you have to note that as we just talked about, servicing bad servicing is going to continue to run off. So if servicing is running off and not being replaced as fast, if we're holding more mortgages on the balance sheet as we transition from MBI to NII you could see that line continues sort of trend lower. In terms of the mortgages, you know, I think in the short-term, it's going to be fairly stable and that trend is going to this is a good base.”

Click here to view the entire earnings report for Bank of America.

Previous: Foreclosure Alternatives Grow to New Heights in May
Next: Castro Investigated for Hatch Act Violation 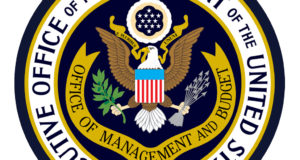 In addition to the update from the Department of Labor, the National Association of Realtors will release a new report on home prices.