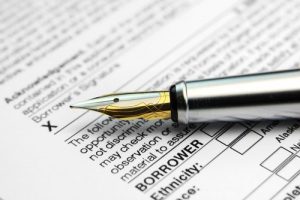 Ocwen Financial Corporation released the results of its loan modification borrower assistance for the first half of 2017 on Tuesday.

According to the announcement, the loan modification assistance program allows for a mortgage payment reduction of up to 20 percent to qualified borrowers, and also has a principal forgiveness option. Since January 1, 2017, Ocwen has forgiven about $595 million in mortgage debt.

Since the program’s inception in 2008, Ocwen has made around 750,000 loan modifications. “Ocwen’s consistent philosophy has been that all parties benefit when solutions are offered that allow borrowers to cure their delinquencies and remain in their homes and in their communities,” said Ron Faris, President and CEO of Ocwen. “Ocwen continues to lead the industry in providing responsible and sustainable loan modifications to struggling homeowners, and we are proud of the difference we make in our customers’ lives.”

Certain states have been specifically targeted to help borrowers afford their mortgage payment. In the first half of 2017, California had approximately 3,500 loans modified with a forgiven debt of about $70.3 million, while Florida had 2,750 loans modified at the cost of $74.1million. New York had the largest amount of debt forgiven at $104.2 million, and 2,550 loans modified.

You can see a full list of state-by-state modification activity by Ocwen since January 1, 2008 here.

Previous: Is HECM Down for the Count?
Next: Counsel’s Corner: Matthew J. Richardson