Could an Overhaul of Student Loan Programs Help Homeownership? 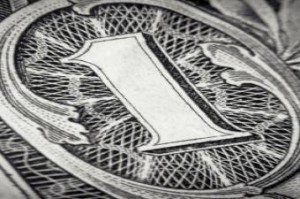 The Consumer Financial Protection Bureau (CFPB) Student Loan Ombudsman recently released a report projecting that over the next two years, one-in-three rehabilitated student loan borrowers could redefault on their loans. Because of this, the Bureau is calling for an overhaul of these programs in order to help improve the recovery process for distressed consumers. What could improvements to these programs mean for getting borrowers current on payments and finding success in other investments such as homeownership?

The student loan market has grown quickly in the last decade with about 44 million Americans now owing money. The CFPB estimates that the combined total for outstanding federal and private student loan debt has reached approximately $1.4 trillion, with the vast majority coming from federal loans. The Department of Education estimates that more than 8 million student loan borrowers have gone at least 12 months without making a required monthly payment and have fallen into default. Nearly 1.2 million of these borrowers defaulted in the past year. The Bureau notes that these borrowers face negative consequences such as wage garnishment, loss of federal benefits, and negative credit history.

In addition to this, the CFPB estimates over 200,000 struggling borrowers will potentially redefault over the next two years despite qualifying for a zero-dollar payment under income-driven plans, and among other costs, these borrowers could accumulate over $125 million in interest charges.

“Too many student loan borrowers are being left behind due to breakdowns in the federal programs designed to provide them a fresh start, including an affordable monthly payment and a path to long-term success,” said CFPB Student Loan Ombudsman Seth Frotman. “This report offers further evidence that industry practices and needless red tape can turn a student loan into an unbearable burden. Policymakers should work to reform the programs that are failing those borrowers that need help most.”

Because of this, the Student Loan Ombudsman recently called for an overhaul of the broken process for borrowers to get out of default and back on track and offered recommendations to policymakers and the industry to improve the recovery process for the most vulnerable student loan borrowers. These recommendations include streamlining and simplifying the pathway from default to affordable repayment plans and taking immediate action to prevent vulnerable borrowers from slipping through the cracks.

With these recommendations, the Ombudsman hopes that they will help struggling borrowers stay out of default over the long term.

Previous: Market Insight: The New Face of Today’s Renter
Next: To Buy Or Not to Buy, That is the Question