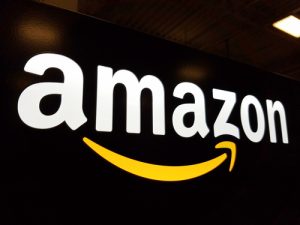 Amazon is closing in on its location for the company’s headquarters. The Wall Street Journal reported that Amazon has narrowed the race down to three contenders: Arlington, Virginia; New York City, and Dallas. However, The New York Times reports that Dallas has already been cut, leaving the decision split between Arlington and New York.

As in Seattle, home of Amazon’s main headquarters, homebuyers in the chosen city may expect increases in home prices and values.

“All three cities represent larger metro areas with an educated workforce and established technology industry,” said Danielle Hale, Chief Economist, Realtor.com. “The opening of HQ2 in any of the top three would complement the existing infrastructure and industry. From a housing perspective, the number of homes on the market is very limited in each area, in Northern Virginia, there are 11 homes on the market per household, in New York, there are seven and Dallas there are 10."

The home price escalation may be alleviated if, as the Wall Street Journal reported, Amazon decides to split HQ2 between two cities, ensuring more hires and less impact on rental and home prices.

Hale notes that in each of the possible HQ2 locations, home prices are expected to increase, though this may be welcome for homeowners in Arlington and the surrounding D.C. area, as homeowners in the area have dealt with slowing price growth over the past several months. Additionally, Hale notes that the Dallas area is well-suited to handle the expansion HQ2 would bring.

“Despite available land for expansion, an Amazon-size influx of demand would heat up housing again in the urban core and outlying areas,” says Hale.

As it is already a job center, New York City would see a smaller impact. However, New York may benefit from the increase in luxury home sales, after suffering losses in Manhattan and Brooklyn.

“No matter which market is chosen, residents can expect a significant increase in home prices, especially in the immediately surrounding area,” Hale added.