According to the latest Quarterly Report on Household Debt and Credit from the Federal Reserve Bank of New York, the total mortgage debt increased annually by $90 billion dollars to a total of $8.35 trillion dollars in Q3. Compared quarter to quarter, mortgage debt decreased by $12 billion from Q2 to the third quarter.

Broken down on a micro-level, the New York Fed reported on the percent of mortgage debt in serious delinquency in 11 states which included Illinois, New Jersey, Texas, Ohio, Pennsylvania, Florida, Michigan, Nevada, California, New York, and Arizona. Four of these states had a percentage rate that feel below the 1.6 percent national average (Arizona, Texas, Michigan, and California), while the other seven hit rates above the national average. New York held the highest percent rate in Q3 followed by Florida and New Jersey. 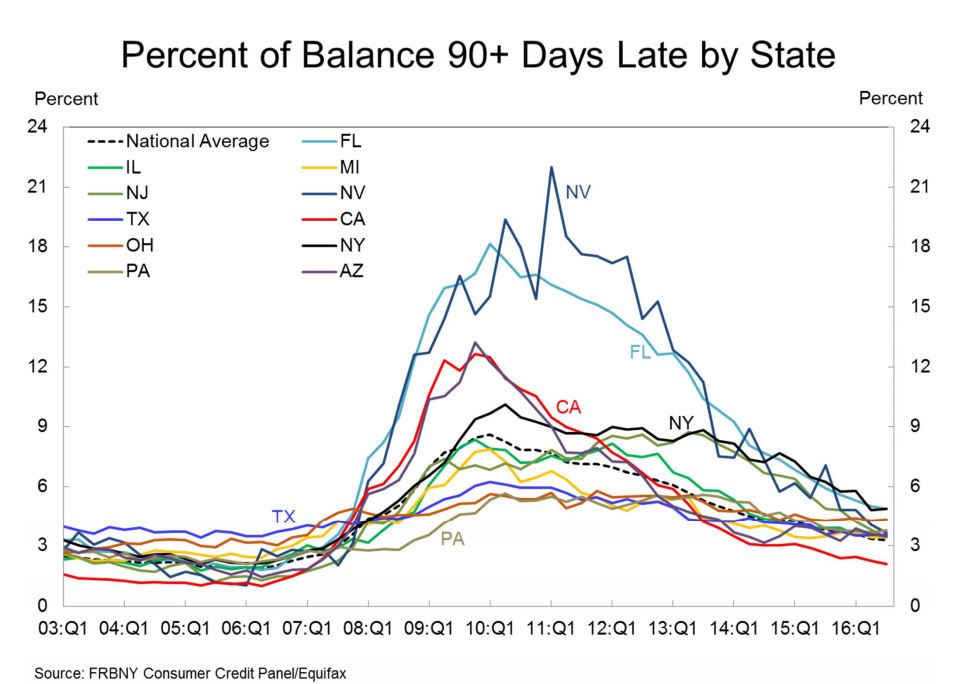