Had Enough? Stage is Set for Foreclosure Declines 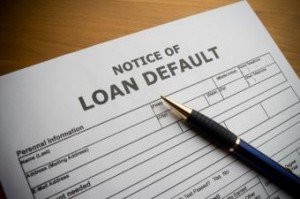 The national foreclosure inventory dropped 31.5 percent year over year in October 2016–79 percent below the January 2011 peak–according to the latest CoreLogic Foreclosure Report.

New Jersey and New York topped the list of states with the highest foreclosure inventory as a percentage of mortgaged home with 2.8 percent and 2.7 percent, respectively. Hawaii (1.7 percent), Maine (1.7 percent), and Washington, D.C. (1.6 percent) rounded out the top five states.

“Loan performance varies by the health of the local economy and housing market. Alaska, North Dakota, and Wyoming, three states with energy-related job loss, experienced a rise in serious delinquency rates while all other states had a decline,” says Frank Nothaft, Chief Economist at CoreLogic. “Although there were large declines in default rates in New York and New Jersey, both states experienced the highest serious delinquency rates in the nation, reflecting lagging home values in most neighborhoods and an unemployment rate above the national average.”

Nationally, CoreLogic reports that the serious delinquency rate declined to 2.5 percent from 3.4 percent in the year prior. This is the lowest level since August 2007, according to the report.

Previous: The Best is Yet to Come
Next: National Solutions on a State Level