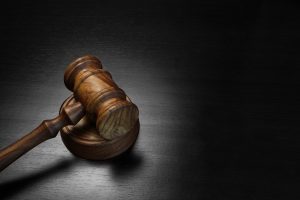 In 2013, the Chicago City Council enacted the Keep Chicago Renting Ordinance (KCRO or Ordinance) to “preserve, protect, maintain and improve rental property and prevent occupied buildings from becoming vacant after foreclosures.” The Ordinance required the “owner of a foreclosed property to offer qualified tenants either a $10,600 relocation fee or extend the tenant’s lease with an annual rental rate that does not exceed 102% of their current rental rate.” Pursuant to that Ordinance, Rivera, a tenant of a foreclosed property purchased by Bank of New York Mellon (the Bank), filed a lawsuit against the Bank claiming the Bank violated the KCRO by failing to offer her the relocation assistance or offer to extend her lease.

In response, the Bank argued that the KCRO was unconstitutionally vague and was preempted by the Illinois Rent Control Preemption Act (the Act) which “prohibits the regulation of the amount of rent charged for residential property in the state of Illinois.” The Bank also argued Rivera failed to prove she was a “qualified tenant” under the Ordinance. On summary judgment, the lower court found “as a matter of law that the KCRO was not unconstitutionally vague and that Ms. Rivera was a qualified tenant.” Later, at trial, the court found the Bank properly served Rivera with the notice required by the KCRO and that Rivera was not required to prove her qualified tenant status to be entitled to either the relocation fee or lease extension. Although the court did find a portion of the KCRO conflicted with the Rent Control Act, it concluded offending portions could be severed and the remaining provisions enforced. The court awarded Rivera $21,200 in relocation fees and $98,420 in attorneys’ fees.

The Bank appealed that judgment to the Illinois Appellate Court, First District (the Court), which issued its opinion earlier this year. Rivera v. Bank of New York Mellon, 2021 IL App (1st) 192188 (Ill. App. Ct. 1st Dist. April 30, 2021). On appeal, the First District noted the “dispositive issue” to be determined was whether the KCRO, a city ordinance, was preempted by the Illinois Rent Control Act. The Court concluded that the portion of the KCRO which required any lease extension to be at 102% of the tenant’s prior year constituted improper regulation of rent in violation of the Act. Based on the plain language of the Act, the Court rejected arguments that “rent control” under the Act was limited to regulations that set rents below fair market rates.

The Court also disagreed with the trial court’s conclusion that the “offending language” in the KCRO could be severed while still maintaining the legislative intent of the Act. The Court explained that severing any reference to “rental rates” in the Ordinance removed “the incentive for property owners to retain tenants” – the stated purpose of the KCRO. The First District reversed Rivera’s judgment and remanded for dismissal in favor of the Bank concluding the KCRO was “wholly preempted by the Act.”

The First District’s findings and holding in this regard are a welcome development for property owners in Illinois. Our firm [Diaz Anselmo & Associates P.A.] is one of the first that has successfully relied on the Rivera decision to have multiple KCRO actions dismissed against various banks and servicers. It remains to be seen whether the legislature will endeavor to pass additional laws or amend the KCRO to effectuate its stated goals. We will continue to monitor the situation and report any developments.

This story originally ran as a blog on the website of Diaz Anselmo & Associates P.A.

Christopher S. Iaria joined Anselmo Lindberg & Associates LLC in March 2012. He is licensed to practice law in the Seventh Circuit Court of Appeals, the State of Illinois, and in the United States District Court for the Northern and Southern Districts of Illinois. Focusing on civil litigation, his practice is concentrated in the areas of mortgage foreclosure, title insurance litigation, real estate law, and mechanics lien litigation. He is a graduate of the University of California at Santa Barbara (2004) and the Thomas M. Cooley Law School (2009). Mr. Iaria is a member of the Illinois State Bar Association and the Dupage County Bar Association.