Dodd-Frank has 300 rules that must be implemented in the market. Half of these have been implemented, and the second half will be enacted over the next couple years.

The secondary market will not start to see regulatory changes until these rules are set in place, and it will take a couple years to implement these changes as well.

In the upcoming year, the economy will see a 1.5 percent growth increase. However, this will not significantly affect employment, according to Duncan.

While the market will recover, it will take time to adjust to new regulations.

Every part of the mortgage market is directly affected by policy right now, Duncan said. With constantly changing policy, private capital holders cannot determine market risk and will not enter the market.

Private capital will remain on the sidelines until there is stability in policy, Duncan said.

The economy has already begun to recover, but people are not seeing the benefits of this recovery yet.

Output is back to pre-crisis levels, but the economy is functioning with 7 million fewer employees than it did prior to the crisis. Those who are employed have experienced decreases in benefits, hours, and wages.

The good news, according to Duncan, is that once we get through the next five years, ""real estate is a good place to be.""

The United States, he says, is one of four countries that will see growth in its labor force in the next several years.

While some have worried that the aging Baby Boomer generation will leave a gap in the labor force as they retire, Duncan said immigrants will fill this gap.

And while, homeownership rates have fallen among the younger demographic in recent years, it remains strong among upper age groups.

The trend of homeownership is being delayed not diminished, according to Duncan.

People are staying in college longer, entering the workforce later, delaying marriage, and putting off having children. However, this is countered by improving health, which leads to longer life spans.

Homeowners will purchase homes later but will live in them longer into old age.

The biggest problem for the housing market right now is excess inventory, especially among distressed homes, according to Duncan in his keynote address at MPact.

Newly constructed homes for sale total about 60,000 right now, according to Duncan. He points out that this rate has not been this low since World War II when the population was half of what it is now.

On the other hand, there are about 4.5 million delinquent homes, one-fourth of which are vacant, Duncan says.

Regulations like HARP have been put in place to help homeowners, but this program in particular ""ignores some of the reality facing homeowners ,"" Duncan says.

A refinance on a 30-year mortgage generally extends a mortgage out again by 30 years. For underwater homeowners trying to get out of their mortgage, this extension does not appear as a relief, Duncan says.

Policy makers should attempt to address current problems in the market but should not over-extend under unrealistic attempts to address the market indefinitely.

This is not the first or the last time we will see a boom and bust in the market, Duncan says.

_(Note: The Five Star Institute is the parent company of DSNews.com and DS News magazine.)_

Previous: Experts Advocate Stabilizing Neighborhoods with Short Sales
Next: Market Analysis Must Be Granular to Be Relevant

Comptroller Joseph Otting to Step Down 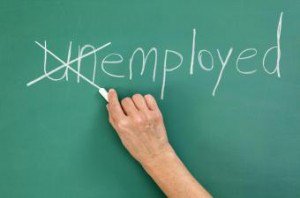 Over 2.4 Million More Unemployment Claims in the Past Week

Claims experienced a slight decline from the previous week, but here's why unemployment insurance data remains "difficult to interpret" amid rising delinquency numbers.