Personal Incomes Dip Due to COVID-19

A new report says the pandemic has hit consumers’ savings that hardest. Click through to read more.

END_OF_DOCUMENT_TOKEN_TO_BE_REPLACED

The State of Homebuyer Regret

Americans are constantly being pressured to overspend on many things, including their homes. Here’s what a new report reveals.

END_OF_DOCUMENT_TOKEN_TO_BE_REPLACED

A recent study found that financial stress is causing many Americans to lose sleep. How many of those surveyed cited the cost of housing as a primary source of stress?

END_OF_DOCUMENT_TOKEN_TO_BE_REPLACED

A report released recently by the Federal Reserve Board provided evidence that the gap between the richest American families and all others is getting wider. The Survey of Consumer Finances, conducted by the Federal Reserve Board every three years, reported last week that the wealth share held by the top 3 percent totaled 54.4 percent in 2013, a number that has climbed from 51.8 percent in 2007 (before the recession) and from 44.8 percent in 1989.

END_OF_DOCUMENT_TOKEN_TO_BE_REPLACED 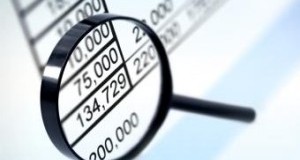 Bank credit and money growth both exhibit typical patterns in the post-Great Recession era; however, the change over the time period is consistent with the pace of a subpar recovery. This revelation was reported by the Wells Fargo Economics Group in a release Monday, highlighting the two factors as reasons for caution among both businesses and bank lenders.