The federal supervisor charged with overseeing Fannie Mae and Freddie Mac says the two mortgage financiers will not be allowed to introduce new loan products into the market or take on additional responsibilities to lower interest rates once the Federal Reserve's mortgage purchase program expires next month. The Federal Housing Finance Agency (FHFA) has also told lawmakers that it plans to reduce Fannie Mae and Freddie Mac's mortgage portfolios, and the companies will not be ""substantial buyers or sellers of mortgages.""

END_OF_DOCUMENT_TOKEN_TO_BE_REPLACED

Problems in the commercial real estate sector have put Congress on the offensive. House members are particularly concerned with guidance issued be federal banking regulators, advising lenders to extend or restructure loans backed by income-producing or development properties. Lawmakers say there are indications these loans are not being serviced properly, and evidence that regulators themselves are triggering defaults by encouraging lenders to write down the value of performing loans when payments are current.

END_OF_DOCUMENT_TOKEN_TO_BE_REPLACED

Connecticut Attorney General Richard Blumenthal sent cease-and-desist letters to 30 law firms and real estate companies this week ordering them to stop abrupt and illegal evictions of tenants of foreclosed properties. Blumenthal says his office has received complaints from tenants who were illegally forced out of rental homes after their landlords' properties were foreclosed - a violation of the federal Protecting Tenants at Foreclosure Act (PTFA) signed into law last year.

END_OF_DOCUMENT_TOKEN_TO_BE_REPLACED 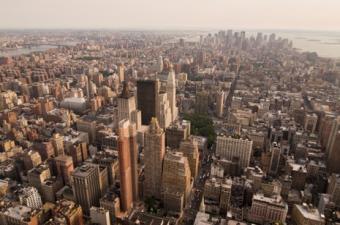 Overdue loans in pools of commercial mortgage-backed securities (CMBS) climbed to 6.49 percent in January, according to a report issued this week by Trepp LLC, a New York-based company that tracks the commercial real estate market. That figure is up 42 basis points from the 6.07 percent delinquency rate in December, and Trepp says it's the highest delinquency level in the history of the CMBS industry.

END_OF_DOCUMENT_TOKEN_TO_BE_REPLACED

The Corvus Group, a Washington, D.C.-area firm with nearly $10 billion of real estate assets under management from failed banks, has formed a Troubled Asset Advisory Group (Corvus TAAG). The group, based in Chicago, says it provides specialized staffing and advisory services to companies involved with troubled and distressed commercial real estate and homebuilder/residential development debt.

END_OF_DOCUMENT_TOKEN_TO_BE_REPLACED

U.S. Bancorp announced Monday that its lead bank, Minneapolis-based U.S. Bank N.A., was selected by Fannie Mae and Freddie Mac to act as administrator and closing agent for the federal government's temporary credit and liquidity program and the new issuance bond program for state and local housing finance agencies (HFAs).

END_OF_DOCUMENT_TOKEN_TO_BE_REPLACED

Most large banks have stopped tightening standards on a number of loan types, according to a new report from the Federal Reserve. But the central bank's latest loan officer survey says that while it may not be getting tougher for consumers to borrow, it's not getting any easier yet either because financial institutions have yet to unwind the considerable contraction that has built up over the past two years. Still, the pause in the stiffening might be seen as a hopeful sign for a financing world that's been strained since 2007.

END_OF_DOCUMENT_TOKEN_TO_BE_REPLACED

The California State Department of Real Estate (DRE) says it revoked a record number of real estate licenses in 2009, and accepted another record number of license surrenders from real estate professionals facing disciplinary action. All told, over 775 licensees in the state had their license revoked or simply surrendered their license while facing accusations last year.

END_OF_DOCUMENT_TOKEN_TO_BE_REPLACED

President Obama released his budget for fiscal year 2011 on Monday, and as expected, it includes a proposal for a hefty tax on big banks - a fee intended to recoup taxpayer dollars that the government shelled out to pull the financial system back from the brink of collapse. If approved by Congress, the levy would go into effect on June 30, 2010, but it's a touchy subject for the big guys since most of them have repaid their capital injections in full and the Treasury has already said it expects to turn a $19 billion profit from its bailout investments in banks.

END_OF_DOCUMENT_TOKEN_TO_BE_REPLACED

Following a review by HUD, Chicago Bancorp, an independent mortgage bank based in Chicago, will be permitted to underwrite and close mortgage loans without prior HUD review, according to an announcement Monday by the bank. Participation in the Direct Endorsement Program is a privilege accorded only to mortgagees who continue to demonstrate the ability to originate mortgage loans in according with HUD underwriting policy, the federal agency said.