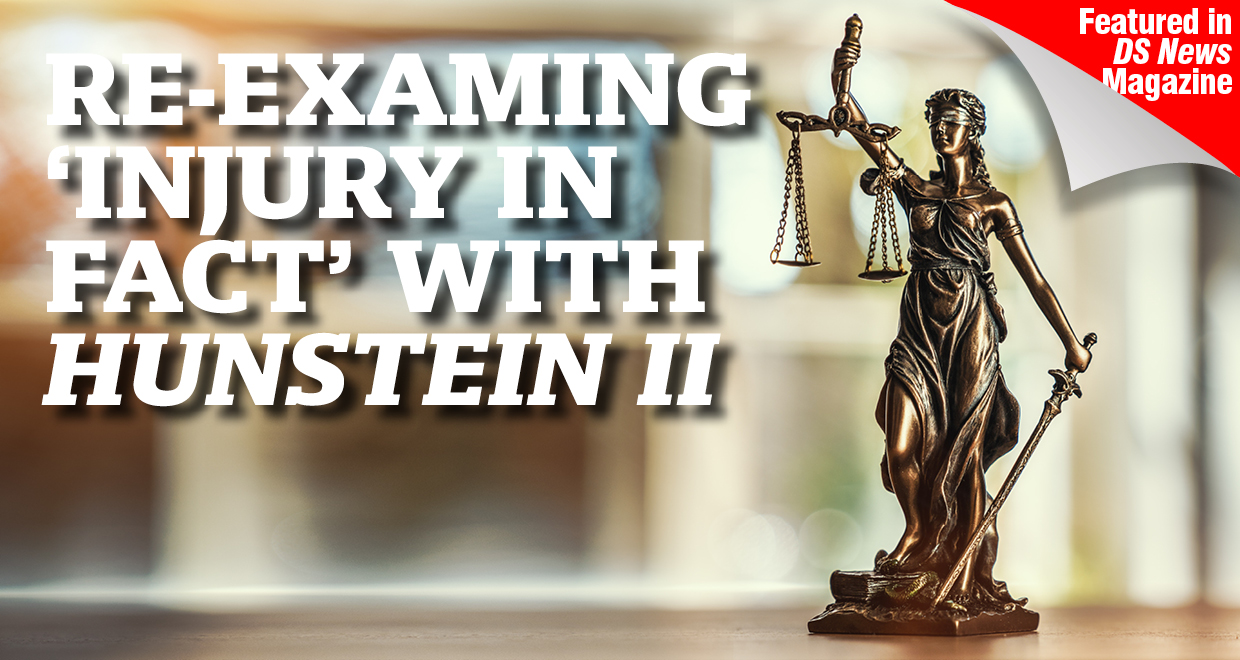 Recently, the Eleventh Circuit three-judge panel issued a new opinion in Hunstein v. Preferred Collection and Management Services, penned as Hunstein II, and vacated its earlier decision from April 2021 by a 2-to-1 vote. While the industry remained cautiously optimistic that the Court would be swayed by the recent SCOTUS decision in TransUnion v. Ramirez, the Court ultimately decided to affirm its original decision. Furthermore, the Court went to great lengths to show that its position is consistent with TransUnion.

As readers may recall, the focus of the appeal was the first prong of Article III standing, “injury in fact.” The Plaintiff’s injury was that the Defendant debt collector violated the consumer’s privacy rights when it provided information to a third-party mail vendor regarding a debt owed by Plaintiff for his son’s medical treatment. Within the context of FDCPA, the Eleventh Circuit holds that the following elements must be present to satisfy the prong of injury in fact: a legally protected interest, concreteness, particularization, and imminence.

The Court chose to start with the “concreteness” prong: concreteness of injury was stated to be shown in the following ways: (1) tangible harm, i.e. financial loss, physical injury, and emotional distress; (2) a “risk of real harm”; or (3) in the absence of (1) or (2), the Plaintiff can show what the Court terms an “intangible-but-nonetheless-concrete injury” which may have resulted from a statutory violation.

In applying Ramirez, the Court reasoned that (1) § 1692c(b) maintains a long-recognized relationship to the “common-law tort of public disclosure of private facts” as sufficient to state a claim, and (2) “Congress’s judgment indicates that violations of §1692c(b) constitute a concrete injury.” The Court then reiterated its prior ruling, with no material changes, that Plaintiff had adequately stated an FDCPA claim.

Having found that there was a sufficient showing of concrete injury, the Court turned its attention to whether for the purposes of overcoming the Motion to Dismiss, the complained-of act is a violation of FDCPA. The Court found that because (1) Defendant was a debt collector and (2) the communication between Defendant and the vendor was a communication in connection with the collection of a debt, a violation of FDCPA was sufficiently alleged and that the case must survive the Motion to Dismiss.

As the dust settles, there has not been a shortage of speculation the impact Hunstein II will have on our industry. Many commentators have sought to remove the fears that Hunstein II may bring about the end of out-sourcing (at least in the Eleventh Circuit). They remind us that the Court’s holding, which will be revisited, was in connection with a Motion to Dismiss and that the Plaintiff has a long way to go and a lot to prove in order to prevail over their suit.

Moreover, recent events point that the discussion is far from over. On November 17, the Eleventh Circuit Court of Appeals voted to vacate the October 28, 2021, Hunstein II decision and have the matter reheard en banc. As the saying goes, only time will tell.

Daniel C. Chilton is a Partner at Robertson, Anschutz, Schneid, Crane & Partners, PLLC. Chilton is an experienced financial services attorney who has served on numerous financial services panels because of his extensive experience and expertise in the areas of replevin, bankruptcy, mortgage servicing, financial regulatory compliance, and debt collections. Before joining RAS, he was with Citibank from 2002-2016 and held positions in Operations, Finance and Legal. He has more than 12 years’ experience in counseling banks through six consumer finance regulatory exams from the CFPB, FDIC, and OCC.