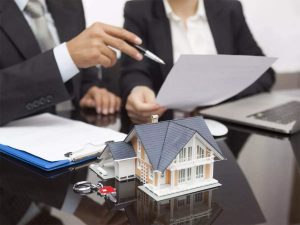 Although investor market share hit a record in Q4, the number of homes bought by investors declined 9.1% from the Q3 peak; however, still up significantly from pre-pandemic levels. Investors bought 80,293 homes in Q4, up 43.9% from a year earlier. The housing-supply shortage constricted home sales for all homebuyers, including investors. Some 75.3% of investor home purchases were paid for with all cash in Q4.

“While record-high home prices are problematic for individual homebuyers, they’re one reason why investor demand is stronger than ever,” said Redfin Economist Sheharyar Bokhari. “Investors are chasing rising prices because rental payments are also skyrocketing, incentivizing investors who plan to rent out the homes they buy. The supply shortage is also an advantage for landlords, as many people who can’t find a home to buy are forced to rent instead. Plus, investors who ‘flip’ homes see potential to turn a big profit as home prices soar.” 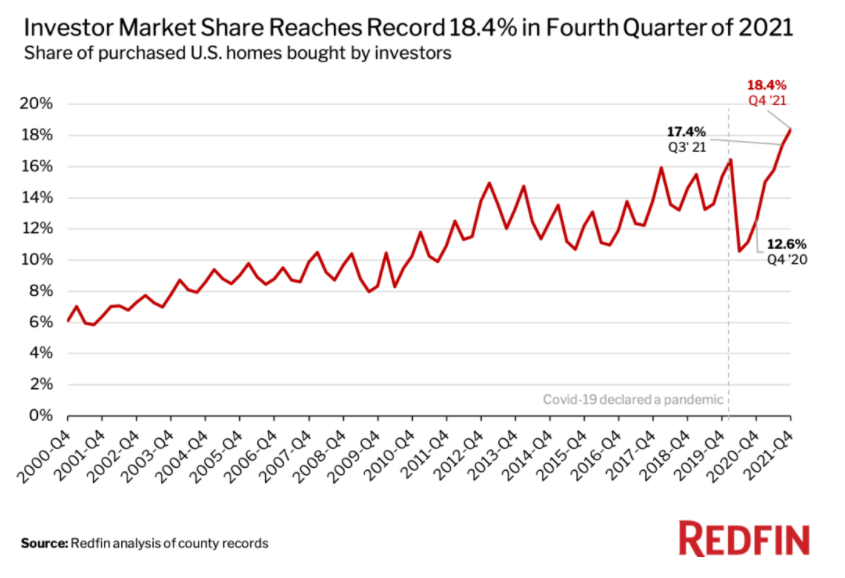 In dollar terms, investors bought approximately $49.9 billion worth of homes in Q4, up from $35 billion a year earlier. The typical home investors purchased sold for $432,971, up nearly 10% from the prior year.

“Investors buying up a record share of for-sale homes is one factor making this market difficult for regular homebuyers,” said Bokhari. “It’s tough to compete with all-cash offers, and rising mortgage rates have a smaller impact on investors because they often don’t use mortgages at all. If home-price growth slows in the coming year, investor demand may cool down because rental price growth will slow, too.”

Investors had the biggest market share in affordable Sun Belt metros. The most popular metros where investors purchased homes in Q4 were:

Year-over-year increases in the most popular metros were: 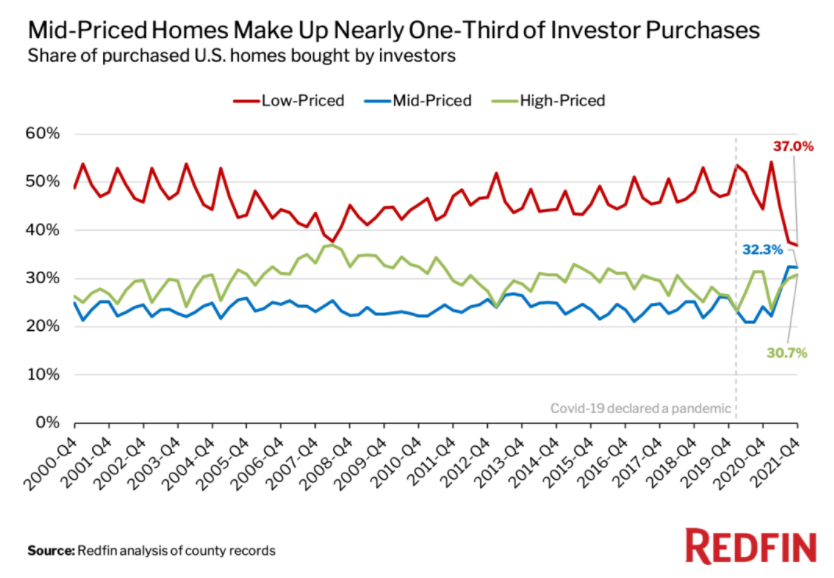 “Lower price points are still popular with investors, and I don’t expect that to change. One of their main goals is still to buy low and sell high,” Bokhari said. “But investors are also increasingly interested in higher-priced properties, partly because there’s a lack of low-priced inventory and partly because they’re betting on rising demand for high-end rentals.”