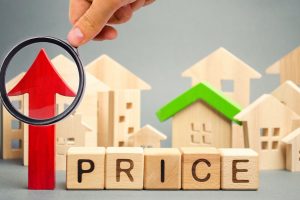 First American Financial Corporation has released its latest iteration of their Real House Price Index (RHPI) for December 2021, which measures the price changes of single-family properties across national, state, and metropolitan areas, which are adjusted based on income, interest rates, and home-buying power. The ultimate goal of this is to provide a clearer picture of housing affordability. 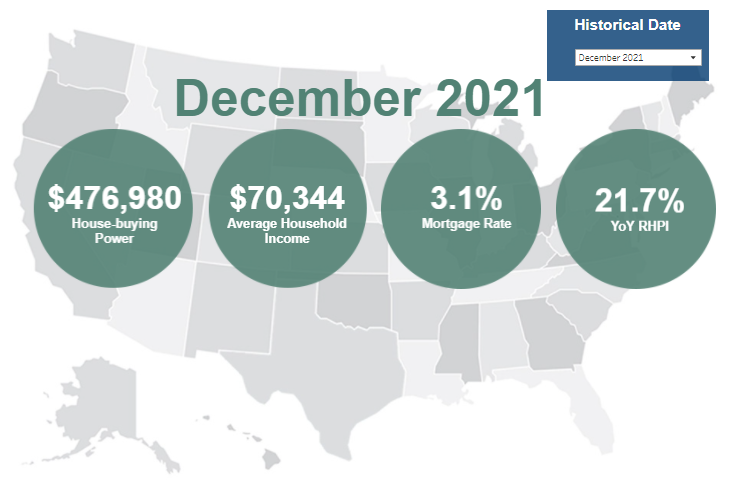 “In December 2021, the RHPI increased 21.7% compared with December 2020, the highest annual growth rate since 2014. The record increase was driven by rising mortgage rates and rapid nominal house price appreciation, which make up two of the three drivers of the RHPI,” said Mark Fleming, Chief Economist at First American. “The 30-year, fixed-rate mortgage and the unadjusted house price index increased by 0.4 percentage points and 21.4% respectively.”

“Even though household income increased 5% since December 2020 and boosted consumer house-buying power, it was not enough to offset the impact of higher mortgage rates and rising nominal prices on affordability,” Fleming continued. “In the near term, affordability is likely to wane further, as mortgage rates are expected to continue to rise and the pace of house price appreciation exceeds gains in household income. How buyers and sellers react to higher rates may help the housing market regain some balance.”

Late last year, the Federal Reserve signaled through a series of monetary moves that interest rates will be rising this year in the face of declining affordability and rising inflation. This period of “easy money” could end as soon as March. Still, mortgage rates remained flat between November and December, sitting at 3.1%.

“Additionally, the record low level of houses for sale makes it difficult to find a better, more attractive house to buy, so sellers—who are also prospective buyers—don’t sell for fear of not finding something to buy,” said Fleming. “The good news is that builders have been breaking ground on more new homes, which may alleviate some of the supply crunch and encourage existing buyers to move.”

“Nonetheless, buying a home is often prompted by lifestyle decisions more so than financial considerations,” said Fleming. “Despite the financial lock-in, homeowners will still make the decision to move based on lifestyle changes, such as needing more space to accommodate a growing family or relocating for a new job or other reason.”

Fleming continued that buyers will continue to see challenges in the market in 2022, he believes that the market will eventually adjust.

“Homeowners may feel rate-locked into their homes, but first-time home buyers have no such financial lock. Yet, first-time home buyers must also contend with the record low supply of homes in a declining affordability environment. But what goes up, must eventually moderate,” said Fleming. “Rising rates may be a housing market headwind in 2022, but as some buyers pull back from the market due to affordability and supply constraints and as new construction adds more supply, house prices will moderate, resulting in a more balanced housing market.”

Other highlights found by the report include: