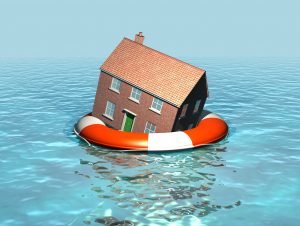 U.S. Sens. Bill Cassidy and Kirsten Gillibrand, along with co-sponsor John Kennedy, have introduced the Flood Insurance Pricing Transparency Act, a measure that requires Federal Emergency Management Agency (FEMA) to publish the formulas used to calculate mitigation credits for policyholders under Risk Rating 2.0. The Act also requires FEMA to release a toolkit that could be used to estimate the cost of insurance for new construction, without compromising proprietary information.

FEMA’s Risk Rating 2.0 raises flood insurance premiums on those who depend on NFIP to protect their homes from natural disasters. FEMA plans to allow Risk Rating 2.0 to go into full effect on April 1, 2022.

“Thousands of New Yorkers rely on the NFIP to protect their property when a flood occurs,” said Sen. Gillibrand. “This bipartisan bill would ensure that the flood insurance rating process is significantly more transparent, which would in turn help policyholders lower their premiums and flood risk.”

Jon Gentile, VP of Government Relations for the National Association of Professional Insurance Agents (PIA), added, “The National Association of Professional Insurance Agents (PIA) thanks Sens. Cassidy and Gillibrand for their leadership on flood issues and for their introduction of this important bill. As Risk Rating 2.0 has been implemented, it has become clear that independent insurance agents need more information about how the new methodology uses its rating factors to calculate NFIP premiums, especially when they involve mitigation credits. Agents have requested such transparency on behalf of themselves and their policyholders, who deserve to understand how their data is being used to calculate premiums and whether mitigation efforts could change those premiums.”

Last month, FEMA publicly acknowledged the existence of an internal study finding that the implementation of Risk Rating 2.0 to the NFIP could cause 20% of policyholders to drop out of the program due to rising premiums. This followed a letter by Sen. Cassidy to FEMA demanding a delay in enacting Risk Rating 2.0.