According to the latest Foreclosure Prevention and Refinance Report from the Federal Housing Finance Authority (FHFA) for Q4 of 2020, Fannie Mae and Freddie Mac (GSEs) completed 362,912 foreclosure prevention actions in Q4, bringing the total to 5,588,253 since the start of conservatorship in September 2008. Of these actions, 4,886,910 have helped troubled homeowners stay in their homes, including 2,440,966 permanent loan modifications.

According to the Mortgage Bankers Association's (MBA) latest Forbearance and Call Volume Survey, an estimated 2.5 million homeowners are now in forbearance plans as of March 14, 2021. 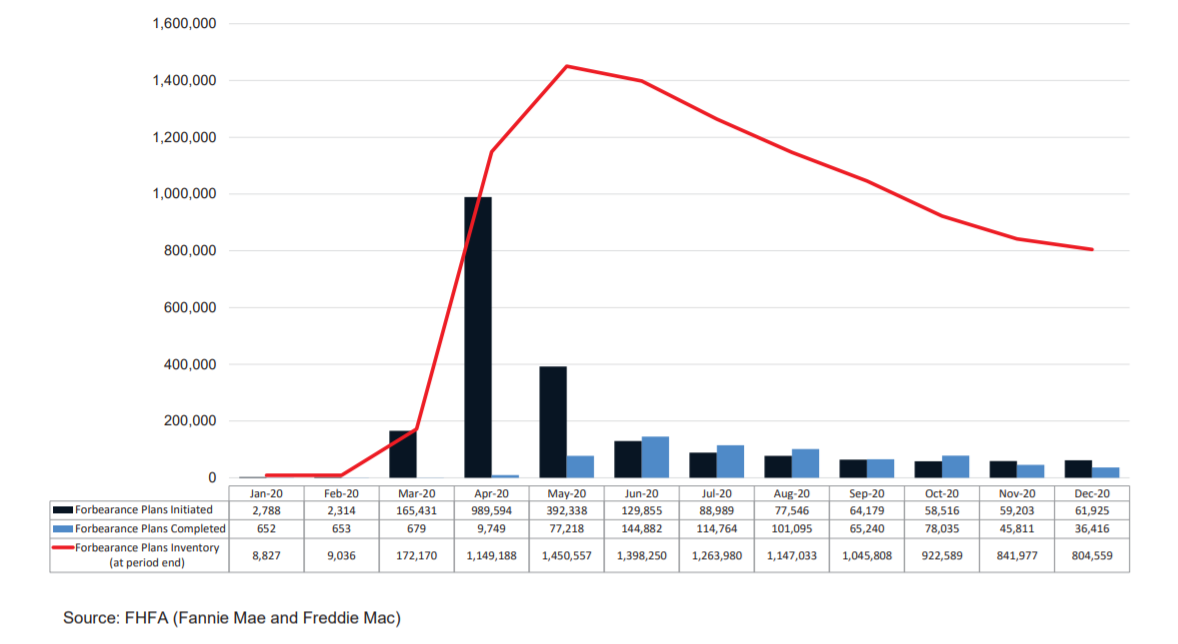 Black Knight recently reported that after eight consecutive months of improvement, the national mortgage delinquency rate rose slightly in February from 5.85% to 6.0%.

The FHFA also reported that total refinance volume fell in Q4, but continued in record breaking territory with mortgage rates having decreased further in December, with the average interest rate on a 30-year fixed-rate mortgage (FRM) falling to 2.68% from 2.77% in November. According to Freddie Mac’s latest Primary Mortgage Market Survey (PMMS), the 30-year FRM is currently averaging 3.17%.

As rates rise, are more Americans being shut out of their opportunity to refinance?

Increasing rates are "leaving potential homebuyers with less purchasing power. Unfortunately, this has disproportionately affected the low end of the market, where supply is the slimmest,” Khater said. "During the course of the pandemic, ‘home’ has become more important than ever. As a result, strong purchase demand continues—but buyers also outnumber the sellers." 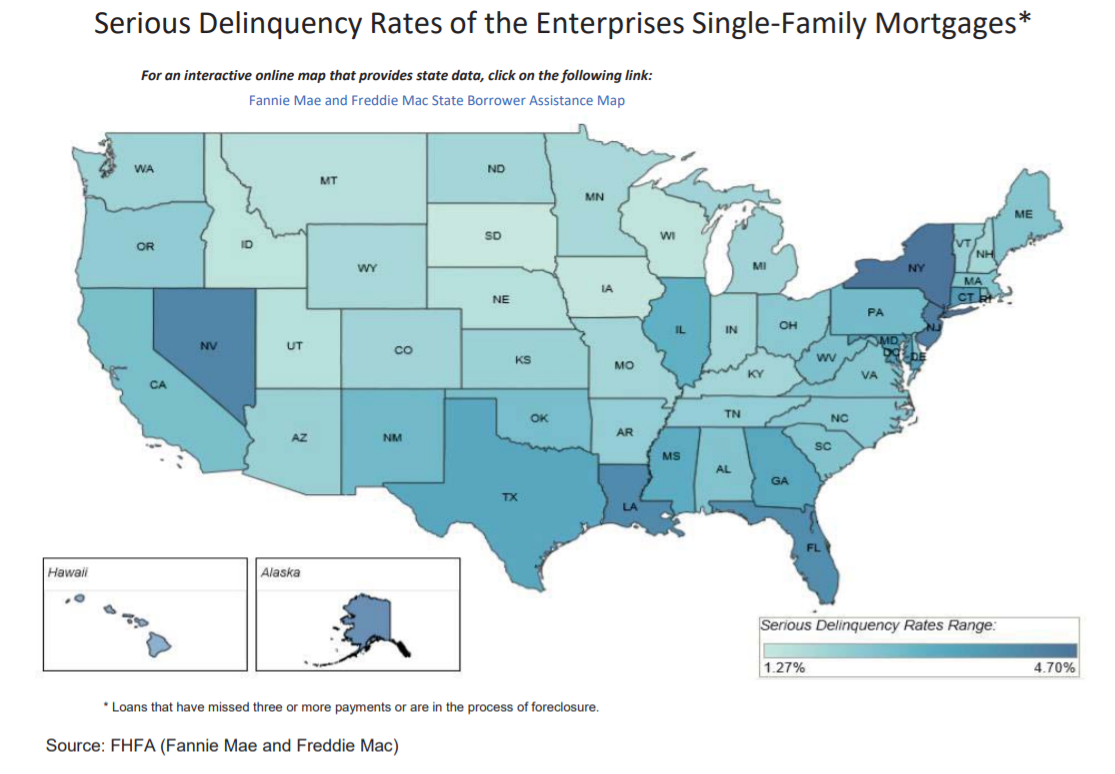